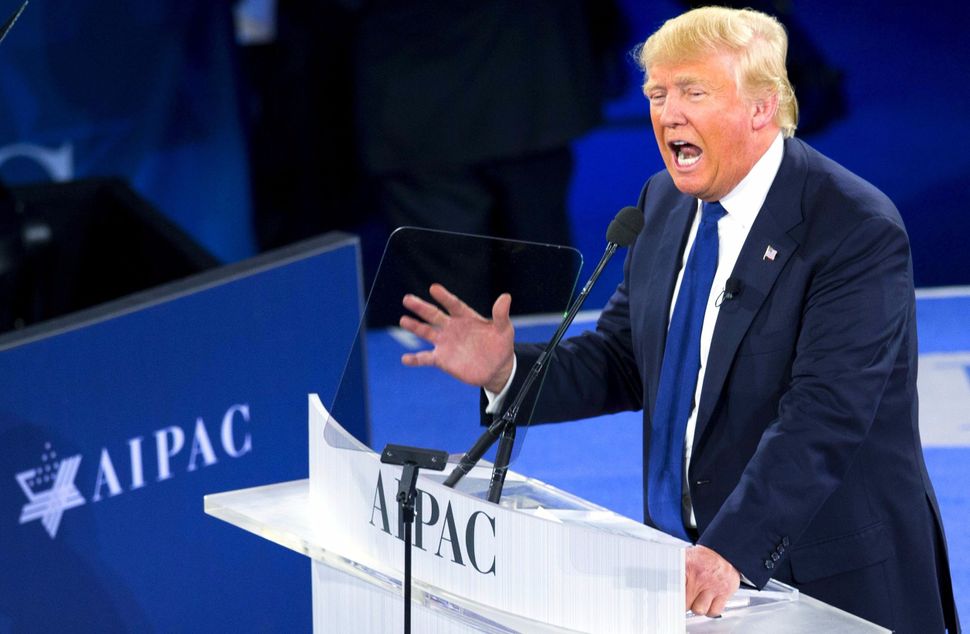 WASHINGTON (JTA) — The American Israel Public Affairs Committee reemphasized its support for a two-state solution as the Trump administration nears completion of a peace proposal that might stop short of recommending the establishment of a Palestinian state.

“AIPAC remains fully supportive of direct negotiations leading to a two-state solution — a Jewish state of Israel living in peace with a demilitarized Palestinian state,” the lobby said Thursday on Twitter and attached to the tweet its talking points on the two-state outcome.

An AIPAC spokesman would not comment on the tweet. AIPAC’S Twitter feed includes reiterations of its longstanding policies alongside commentary on the news of the day. AIPAC has backed the two-state outcome since the George W. Bush administration.

The talking points sheet attached to the tweet seems to be outdated: It begins, “Israel and the United States are committed to a two-state solution,” but that is no longer the case. The Trump administration and the government of Israeli Prime Minister Benjamin Netanyahu retreated from a commitment to a two-state outcome in early 2017.

President Trump said last month that a proposal for peace between Israel and the Palestinians should be ready by January. The drafters of the plan, Trump’s son-in-law Jared Kushner, his top Middle East negotiator Jason Greenblatt and his ambassador to Israel David Friedman, have taken pains to say that the plan will not necessarily endorse Palestinian statehood.

AIPAC has striven in recent years to repair relations with Democrats, strained by tensions between the lobby and the Obama administration over Iran policy. The Democrats universally embrace the two-state solution, while the Republicans retreated from it in their 2016 party platform.