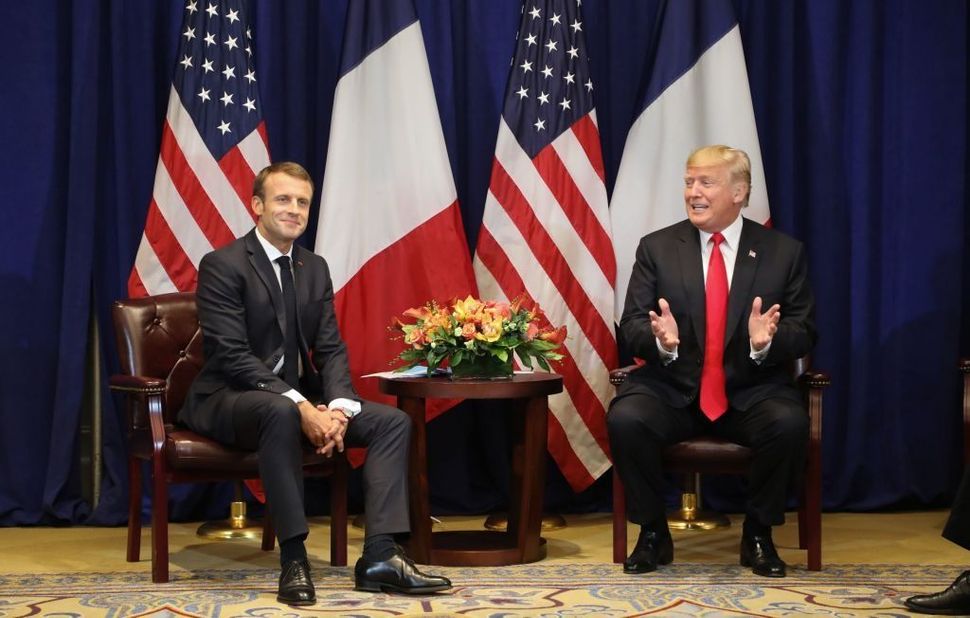 Trump specifically noted how the U.S. gives Israel billions of dollars in aid every year, according to four Western diplomats with knowledge of the meeting.

Trump and Macron chatted at the time of the United Nations General Assembly last month, Axios reported. Macron said that he didn’t see Netanyahu moving forward with the peace process, as “he loves the status quo.” Trump said he nearly went the same route.

Trump explained that he has been tougher on the Palestinians because they refuse to talk to the U.S.’s Middle East policy team, which is led his son-in-law, Jared Kushner. But if needed, he wouldn’t be opposed to putting pressure on Netanyahu to accept the plan, he reportedly said.

The White House didn’t deny the conversation when asked by Axios.

“The President believes that Prime Minister Netanyahu is committed to pursuing a comprehensive and lasting peace between Israel and the Palestinians,” an official said.

This is the first time Trump said anything about pressuring Netanyahu, according to Axios.

A few days after the alleged conversation, ahead of a meeting with Netanyahu, Trump announced that he favors a two-state solution and would roll out his illusive peace plan in four months, JTA reported.