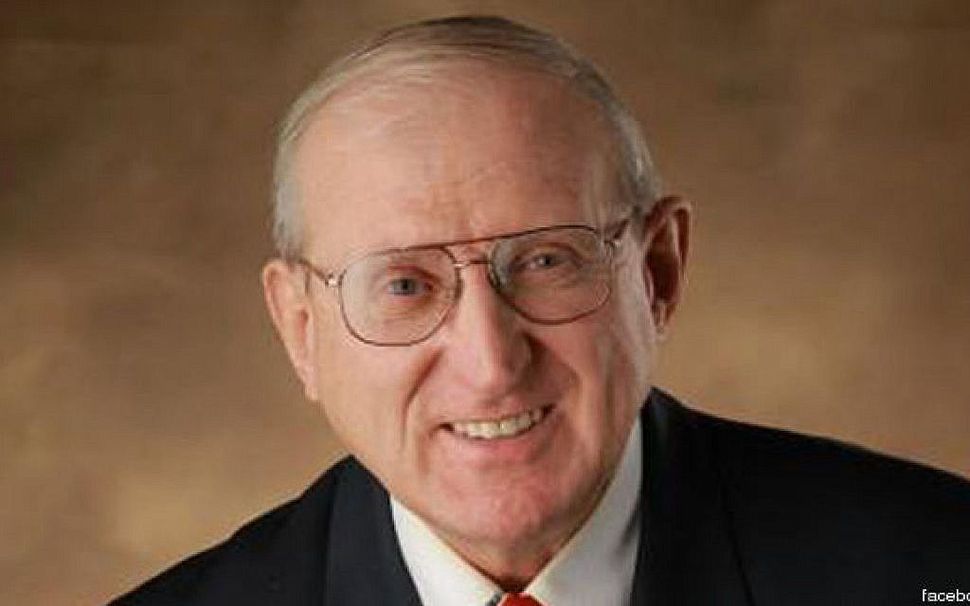 The Arab American Institute Foundation sent neo-Nazi congressional candidate Arthur Jones a cease and desist letter after learning the Republican was using one of its logos to promote his campaign, the organization announced.

Jones, a former leader of the American Nazi Party who is running a longshot campaign in the Chicago suburbs, used the name and logo of the AAIF’s YallaVote initiative on his campaign materials without permission, the group said. It sent Jones, a Holocaust denier, a cease and desist letter on Tuesday.

A pro-Jones ad in the Future, a Chicago-area Arab-American newspaper, declared “America First, Not Israel” in all-caps and proclaimed that Jones supports a congressional investigation into the pro-Israel lobby AIPAC and opposes all foreign aid to Israel. The ad also features the “YallaVote” name and logo.

“The attempt to co-opt a decades-old, inclusive civic empowerment campaign by a white nationalist who seeks to institutionalize hatred, bigotry, and anti-Semitism is deeply offensive and must not be allowed,” AAIF wrote in a statement.

The YallaVote campaign, it said, was created in 1998 to encourage voting among Arab-Americans.

He is infamous for spreading conspiracy theories about the Holocaust, including on his campaign website. In an interview with the Chicago Tribune, Jones said he believes Jews detained in concentration camps died because of a typhus epidemic, not gas chambers. He also heads a group called the America First Committee, which the Anti-Defamation League said is affiliated with the white supremacist organization Nationalist Front.