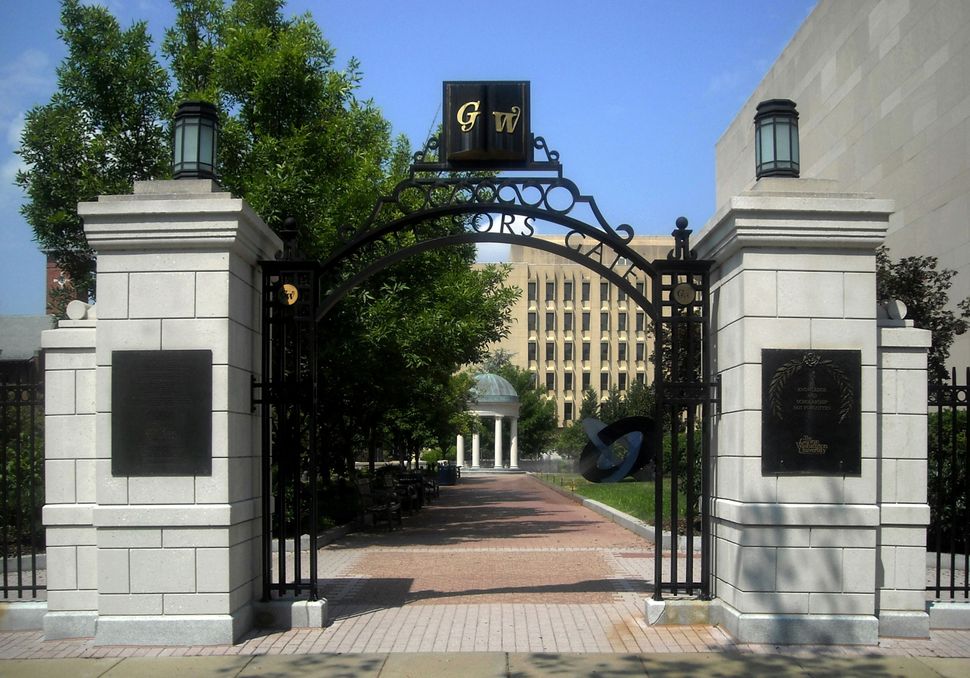 (JTA) — The senate of the Student Bar Association at George Washington University has called on the organization’s president to resign after she allegedly made an anti-Semitic comment.

The resolution passed Tuesday night calls on Ali Kingston to step down by Monday, according to The Hatchet, the university’s student newspaper.

Kingston is alleged by members of the university’s Jewish Law Student Association to have referred to Jewish students as someone’s “Jew friends,” the newspaper reported.

The senate and the Jewish Law Student Association have held internal discussions for more than a month in an effort to encourage Kingston to privately apologize to the Jewish students without publicizing the comment, according to the report. Kingston declined to apologize in a private meeting with the association and in front of the senate.

“Those comments have deeply hurt the members of JLSA and the entire George Washington Law community,” according to the resolution, with senators calling them “tasteless and unacceptable.”

Kingston reportedly made the remark after the Jewish group violated a university alcohol policy on a poster promoting a welcome-back social by not including the proper language about alcohol being provided at the event, the Hatchet reported.

“JLSA is disappointed with the arduous process of resolving this matter and the meager options that were available to the senate in choosing a course of action,” the group said in a statement. “Although resignation was never the JLSA’s goal or intent, we are satisfied with the resolution’s passing and its recognition of the Jewish community’s concerns.”