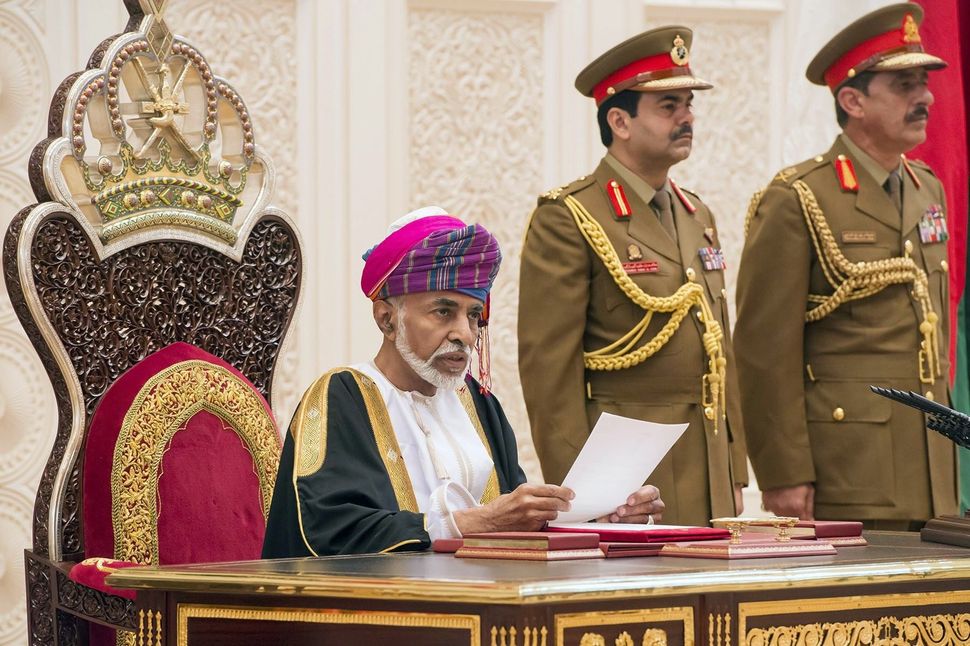 (JTA) — Prime Minister Benjamin Netanyahu made the first visit to Oman by an Israeli head of state since 1996.

Netanyahu and his wife, Sara, along with Mossad head Yossi Cohen and others, visited the Gulf state earlier this week and returned Friday, according to the Prime Minister’s Office. The trip to Oman, an Arab country with no formal ties to Iran, had not been announced in advance.

Qaboos bin Said al Said, the country’s sultan and ruler since 1970, invited the Netanyahus “following prolonged talks between” Israel and Oman, the Prime Minister’s Office said in a statement.

The joint statement issued at the end of the visit, from which the Prime Minister’s Office did not directly quote, said the meetings featured talks on “ways to advance the peace process in the Middle East as well as several matters of joint interest regarding the achievement of peace and stability in the Middle East.”

In the statement, Netanyahu’s office called the visit “a significant step in implementing” his policy of “deepening relations with the states of the region while leveraging Israel’s advantages in security, technology and economic matters.”

In September, Netanyahu said Israel and some Arab countries have forged closer relationships following the international deal agreed upon in 2015 between Iran and six world powers, including the United States. Despite vocal opposition by Israel and disapproval of several Sunni countries including Saudi Arabia, the deal offered Iran relief from international sanctions in exchange for its scaling back of parts of its nuclear program.