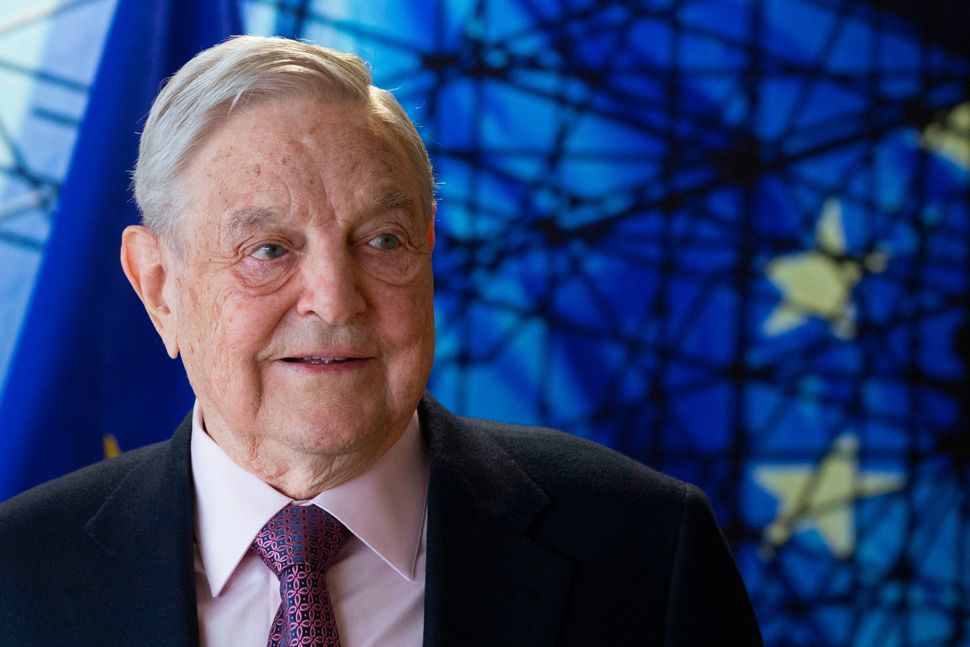 The man who allegedly was responsible for mailing bombs to several Democrats and media figures shared in March an anti-Semitic meme of billionaire investor and philanthropist George Soros.

Cesar Sayoc was arrested on Friday after he was identified as a suspect behind the recent string of mail-bombs, which were dressed as suspicious packages and sent to the homes of Soros, Barack Obama and Hillary Clinton, among others, the Washington Post reported. One arrived at the South Florida office of Rep. Debbie Wasserman Schultz, which served as the return address found on some of the packages.

It was also revealed that he has shared his anti-Soros feelings. He shared a meme that called the liberal megadonor a “Judeo-plutocratic Bolshevik Zionist world conspirator.” The meme, which appears to be called “The Controlled False Opposition,” is a flow chart berating the media.

The bomber shared a meme describing George Soros as a “Judeo-plutocratic Bolshevik Zionist world conspirator,” in case you think antisemitism has nothing to do with this spate of assassination attempts pic.twitter.com/UNiBwr9lAm

Sayoc is a 56-year-old Republican from Aventura, Florida, according to the Post. He reportedly owns a van covered in pro-President Trump stickers and photos of the targets. He was charged with five federal crimes.

He’s pictured on his Facebook page in a “Make America Great Again” hat, and he often shares pro-Trump news stories, racist memes and fake news about Democrats, the Miami Herald reported. His main attacks were against Islam and Clinton.

Soros, who is Jewish, has long been at the forefront of several right-wing conspiracy theories, many of which are tied to anti-Semitic tropes. He has given billions to the Democratic Party and liberal ventures, becoming a target for nationalists.