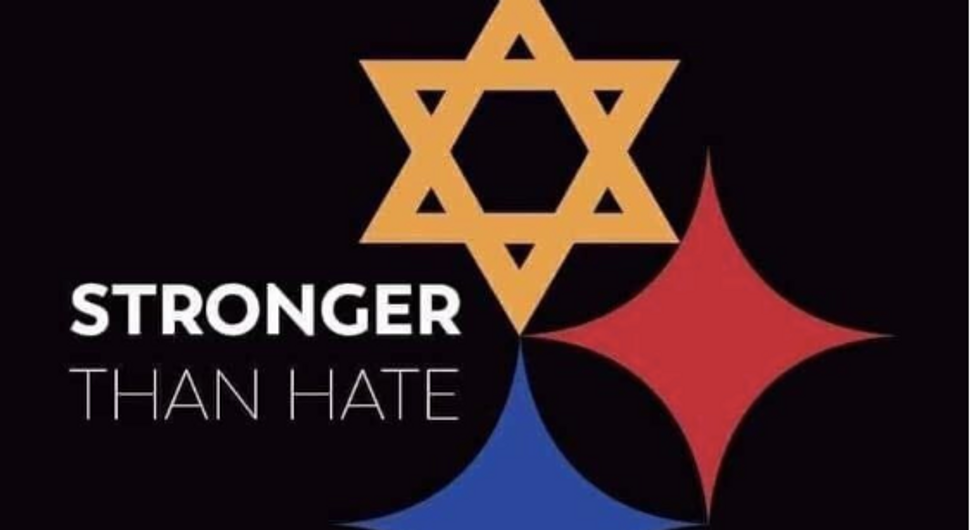 The logo of the Pittsburgh Steelers was turned into a symbol of solidarity with Jews after the synagogue shooting that killed 11.

For many in the Steel City, football is religion. But someone summed up the city’s unity with its Jewish community by changing the iconic logo to include a Star of David.

Matthew Neal, a doctor in Pittsburgh who appears to have been involved in treating the wounded, shared the edited logo next to the words, “Stronger Than Hate.”

Hardest day ever as a trauma surgeon – but the heroism of @PghPolice who ran into the fight to save lives was the most motivating force imaginable. Beneath the sadness I have so much pride for our heroes @PghPublicSafety. @CityPGH @billpeduto @PghPoliceChief #TreeOfLifeSynagogue pic.twitter.com/l0YUdHjvGW

The Steelers play what will likely be an emotional game on Sunday afternoon at Pittsburgh’s Heinz Field, against the Cleveland Browns.

We send our thoughts and prayers to those affected by this morning’s tragedy in Pittsburgh. We will continue to pray for everyone involved.