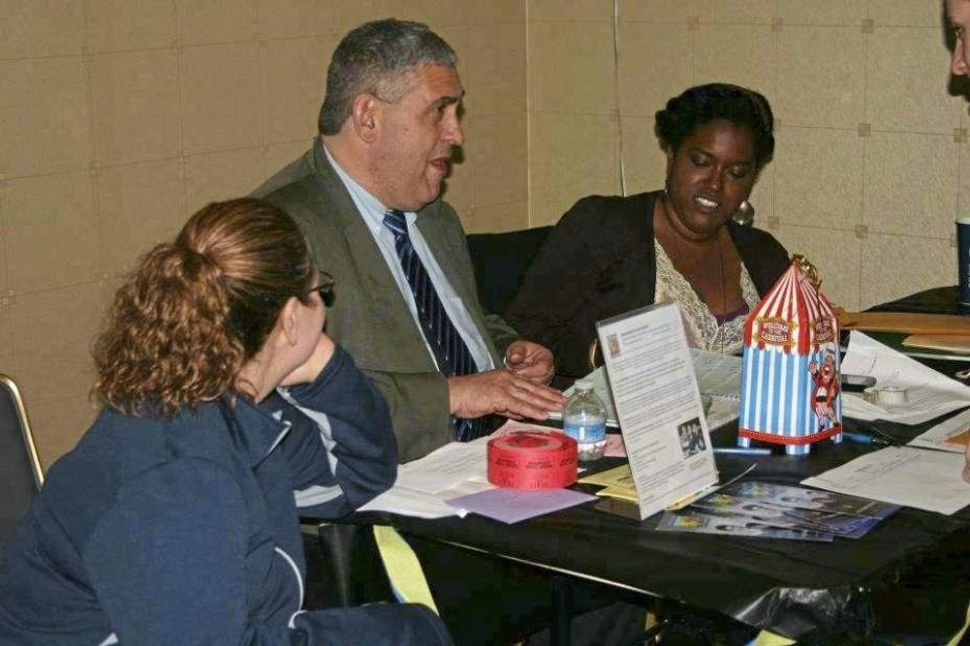 Cecil Rosenthal was one of the victims of the Tree of Life synagogue shooting in Pittsburgh. Image by Heather Shiwarski

Brothers Cecil and David Rosenthal were named Sunday as two of the victims of the shooting at the Tree of Life synagogue the day before.

Cecil, 59, “was kind of a fixture in our community,” Rabbi Seth Adelson of nearby Congregation Beth Shalom told the Forward.

Cecil and his brother David, 54, lived together in an apartment in the heavily Jewish neighborhood of Squirrel Hill. They were both mentally challenged, a friend told the Pittsburgh Tribune.

Cecil “was really a shul guy. He loved synagogue,” Adelson said. Although Cecil was a regular greeter at Tree of Life, he would also pray at Beth Shalom in the evenings.

Adelson said he had just spoken on Thursday with Cecil, who was returning a beginners’ Hebrew textbook he had borrowed. “He was just a real sweetheart of a guy,” Adelson said.

The Rosenthals were mourned by ACHIEVA, a local disability group that worked with them.

“Cecil’s laugh was infectious. David was so kind and had such a gentle spirit. Together, they looked out for one another,” ACHIEVA vice president Chris Schopf told the Tribune. “They were inseparable. Most of all, they were kind, good people with a strong faith and respect for everyone around.”

The Rosenthal’s neighbor, Raye Coffey, also had praise for the brothers.

“Cecil was always a big brother. He was very warm and very loving. Whenever he would see us, he would always say, ‘Hi, Coffeys!’

“David was quieter. But both were … to die like this is horrendous.”