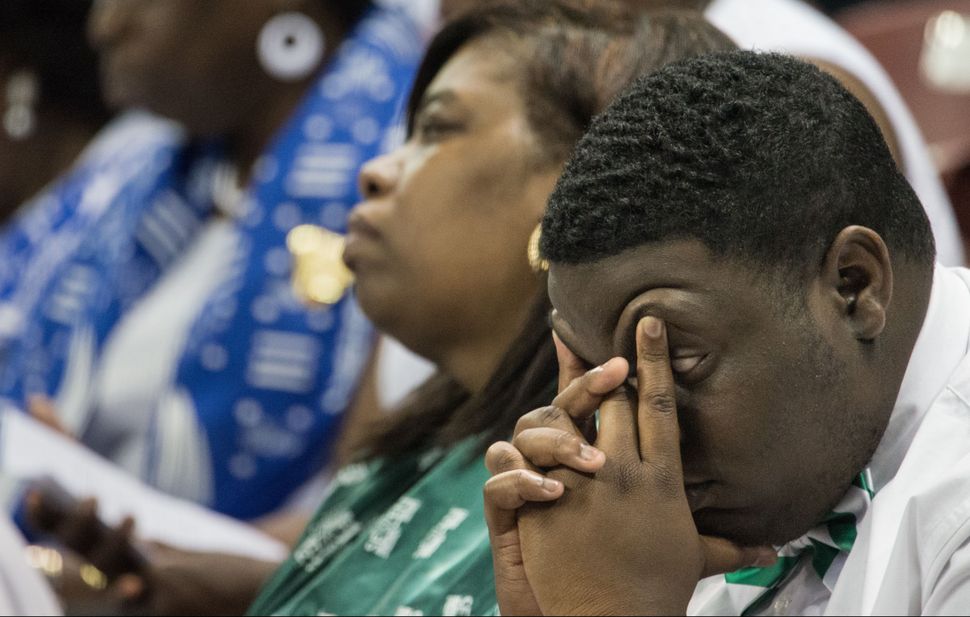 Parishoners at the historic black Emanuel church in Charleston, South Carolina, on Sunday grieved this weekend’s Pittsburgh synagogue massacre and recalled a 2015 mass shooting at their church, while chiding President Donald Trump’s “rhetoric of hate.”

“Words do matter,” Reverend Eric Manning told more than 100 parishioners attending the Sunday service. The church planned a prayer vigil for the Pittsburgh victims later at a Holocaust memorial a block away.

While Trump immediately condemned the synagogue shooting, Manning said things the president has said “for the last few weeks or years, it makes you want to holler, throw up your hands and wonder what’s going on.”

Standing in the Emanuel sanctuary after the two-hour service, many parishioners, including some survivors of the 2015 tragedy, said Trump’s words incited division and inflamed tensions.

“I blame the Trump administration for the rhetoric and the hate. They call everything fake news,” said Liz Alston, 70, a retired school principal who lost friends in the 2015 shooting.

Sharon Coakley, 66, whose sister Myra Thompson was murdered by Roof, said news of the latest shooting revived the devastation she felt in 2015 and her struggle to someday be able to forgive.

“That killing of those Jewish people stems from our leaders,” said Coakley, a manufacturing technician. “We’ve talked about gun control. We’ve talked about the hatred that comes from the president of the United States.”