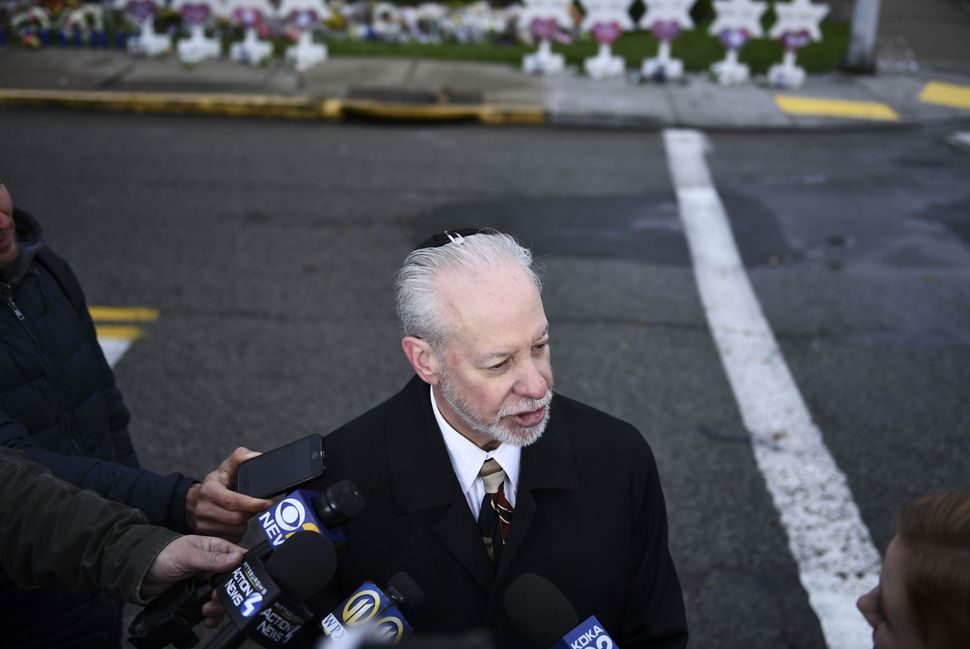 Rabbi Jeffrey Myers, who was presiding over the service at the Pittsburgh synagogue Tree of Life on Saturday morning when the gunman murdered 11 praying congregants, told the Today show the story of the tragedy. The footage is moving. “I heard him execute my congregants,” he said.

“This is my home and it’s been desecrated,” Myers said. “We will rebuild because we are the Tree Of Life. We’ve been here 154 years. You can cut off some branches but the tree will continue to grow and we will be back.”

Myers recounted the tragic events of what began like a normal Shabbat service. “Within a few minutes I heard what I thought was crashing metal.” He reportedly assumed one of the senior citizen congregants had lost their balance and fell into a coat rack.

The next set of bullets rang out within the next 10-15 seconds, Myers reported. “Something inside told me this is gunfire.” He quickly took action, telling his congregants to drop to the floor. After helping congregants escape the building, Myers said he went back in. “I tried to see if I could go back to get the eight remaining people in the back of the congregation.” He didn’t make it in time.

Myers was reportedly the first to call 911.

“There is hate and it isn’t going away. It just seems to be getting worse,” he said.

Myers added that if President Trump visits the Squirrel Hill community he would tell the POTUS “these were good, decent people. They didn’t have an ounce of hate in any of them. We turn to the leaders of our country. We can’t just say we need to stop hate, we need to do, we need to act. Hate is not welcome here in Pittsburgh.”