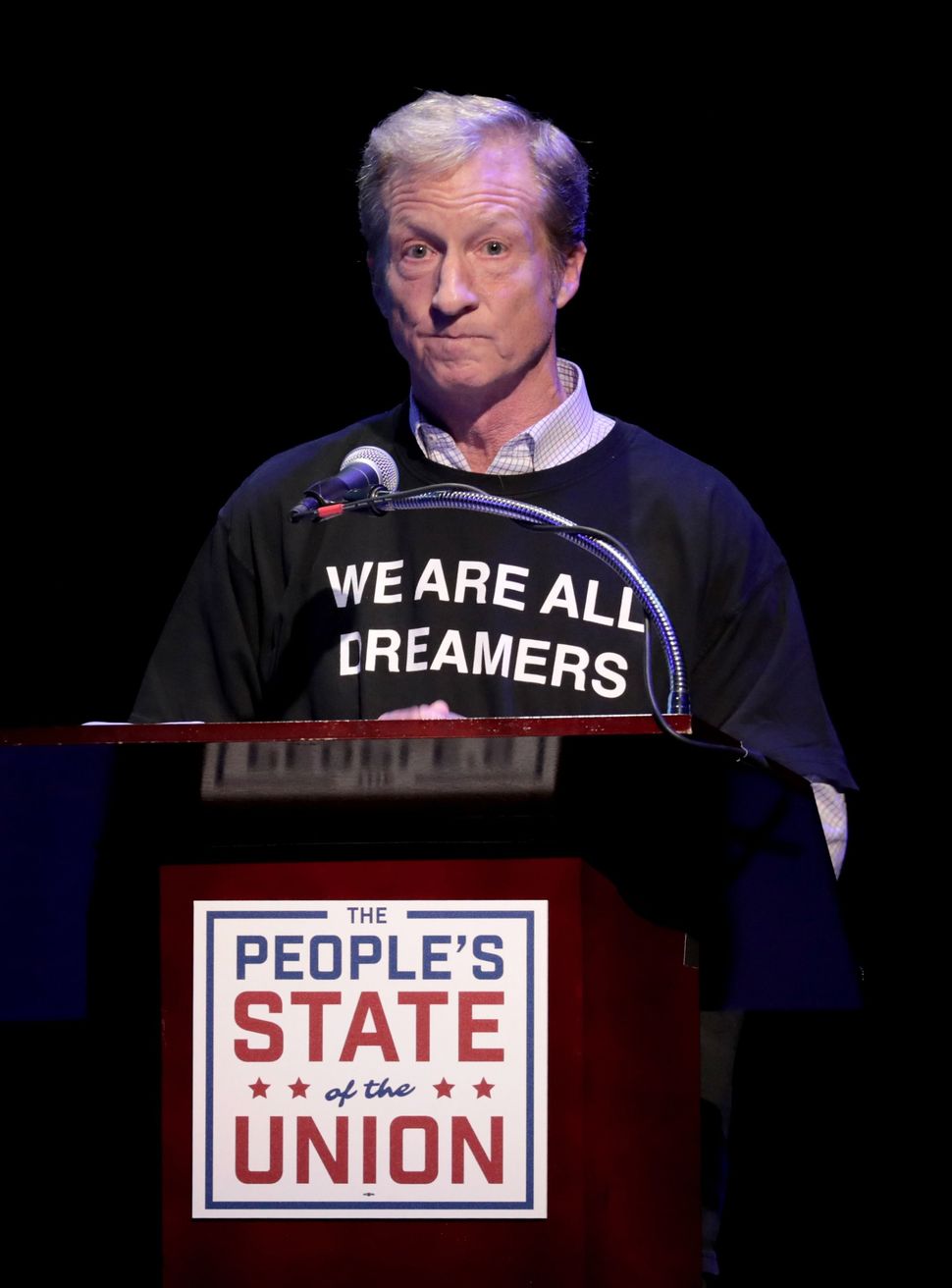 Tom Steyer speaks onstage at The People’s State Of The Union at Townhall on January 29, 2018 in New York City. Image by Getty Images/Cindy Ord/Stringer

“Just watched Wacky Tom Steyer, who I have not seen in action before, be interviewed by @jaketapper,” Trump tweeted. “He comes off as a crazed & stumbling lunatic who should be running out of money pretty soon. As bad as their field is, if he is running for President, the Dems will eat him alive!”

Steyer, a major Democratic donor who heads the anti-Trump Need to Impeach organization, was being interviewed by Jake Tapper following a week of violence which included pipe bomb mailings to prominent Democrats and the Saturday morning shooting at the Tree of Life Synagogue in Pittsburgh, where 11 congregants were killed.

On Tuesday House Majority leader Kevin McCarthy mentioned Steyer, who donated over $42 million to Democrats this election cycle, in a tweet. “We cannot allow Soros, Steyer, and [philanthropist and former New York Mayor Michael] Bloomberg to BUY this election! Get out and vote Republican November 6th. #MAGA,” McCarthy wrote on Twitter. He deleted the tweet, which named three donors of Jewish descent, following the attack in Pittsburgh.

On “State of the Union,” Steyer, whose father was Jewish, said the McCarthy tweet, “seems to me like a straight-up anti-Semitic move,” adding “I think that absolutely falls into the category of what I’m describing as political violence.”

Less than an hour after Trump tweeted about CNN interview, Steyer responded to the president on Twitter, writing “@realdonaldtrump just tweeted at me in his typical insulting style after watching @CNNsotu. It is unthinkable that in the midst of the horrible political violence our president would resort to name-calling instead of repairing the damage to the fabric of our country.”