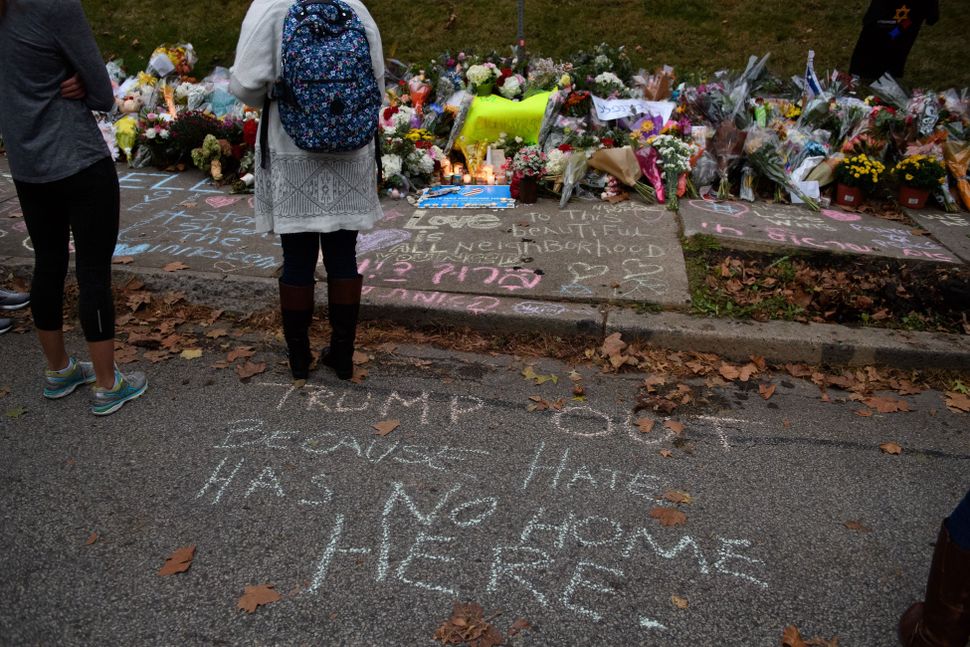 President Trump is expected to arrive in Pittsburgh at 3:45 p.m.

“We certainly don’t want Trump to feel welcome, should he come to Squirrel Hill,” said Ella Mason, an IfNotNow activist who lives nearby the Tree of Life congregation, where a gunman massacred eleven Jews on Saturday morning. “He needs to take responsibility for the fact that his dogwhistle politics has helped enable the kind of violent action we saw at Tree of Life.”

“We are going to be holding a public shiva and rally for all the victims of white supremacy in Pittsburgh and across our nation,” Mason said.