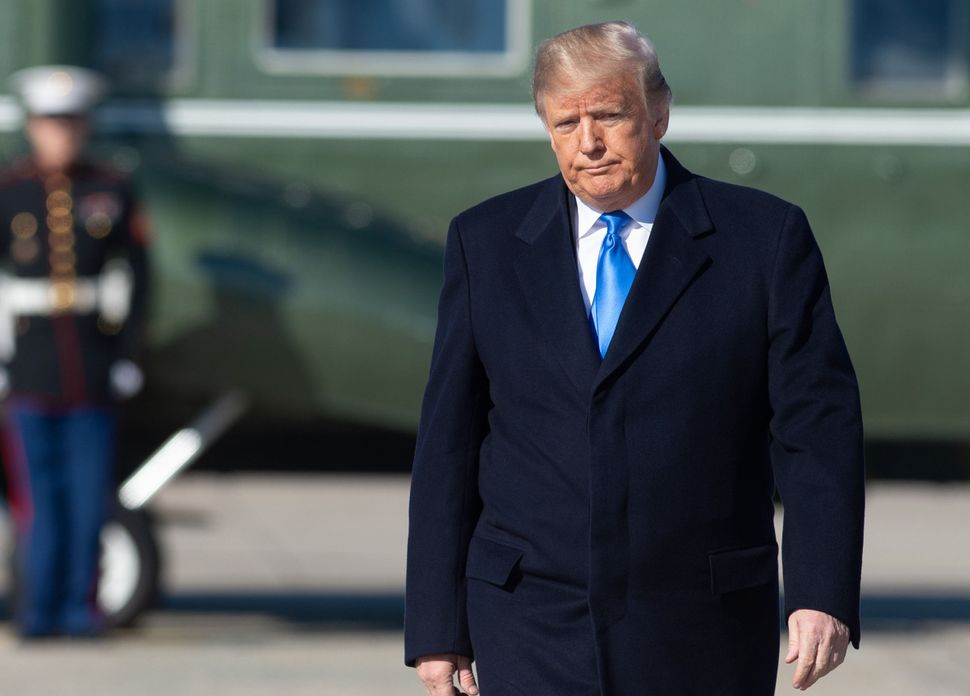 A defiant President Trump tweeted Wednesday morning that the sprawling demonstrations against his visit to Pittsburgh in the wake of Saturday’s synagogue massacre were “small” — and denounced coverage of the visit as “disgraceful.”

Showing no signs of toning down his partisan and divisive rhetoric, Trump focused attention on himself in his first statement about his controversial visit to the grieving city.

“Melania and I were treated very nicely yesterday in Pittsburgh,” the tweet, sent shortly after 9 a.m., read. “The Office of the President was shown great respect on a very sad & solemn day.”

Melania and I were treated very nicely yesterday in Pittsburgh. The Office of the President was shown great respect on a very sad & solemn day. We were treated so warmly. Small protest was not seen by us, staged far away. The Fake News stories were just the opposite-Disgraceful! pic.twitter.com/9B9HgCF1G9

Thousands of protesters thronged the Squirrel Hill neighborhood to protest Trump’s visit, the Forward reported. Contrary to Trump’s claim that the protest was “staged far away,” they converged just blocks from where Trump was visiting a memorial to the 11 people killed Saturday, near the Tree of Life synagogue in Squirrel Hill.

It is unclear if Trump’s verb choice — that the protests were “staged” — is an oblique reference to their being orchestrated by his opponents. A popular right-wing conspiracy theory holds that left-wing billionaires, especially the Jewish philanthropist George Soros, pay people to protest Trump and others. Trump has used the verb “staged” in the past in its regular usage.

Trump visited Pittsburgh in defiance of pleas by elected officials and many relatives of victims that he stay away as the city buries its dead. Many blame him for creating a climate of hatred that led to the synagogue slaughter and other hate crimes such as the pipe bombs sent to several prominent liberal leaders and a racist gunman who attacked a supermarket.

The Pittsburgh tweet was sandwiched in between several other tweets about the migrant caravan, the economy and birthright citizenship, in an apparent attempt to distract readers and the media from the demonstrations organized against his visit.