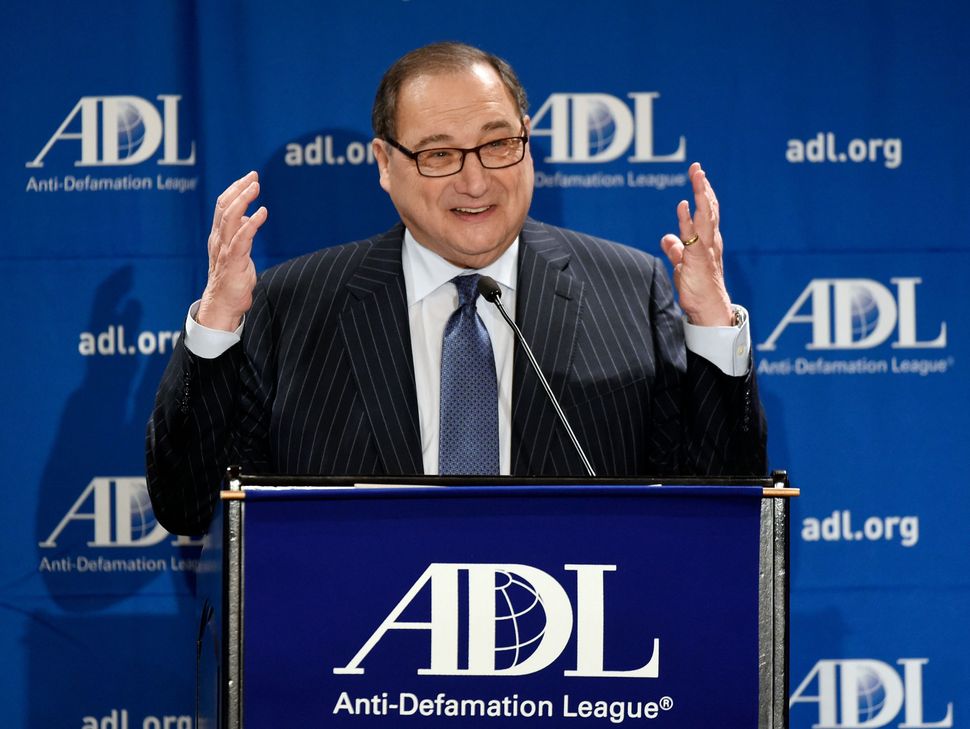 WASHINGTON (JTA) — Abraham Foxman, the former national director of the Anti-Defamation League who is known for his closeness to the Israeli establishment, has a message for Israeli officials defending President Donald Trump in the wake of the worst-ever attack on U.S. Jews: Butt out.

“I think Israeli officials and Israeli representatives should come and stand in solidarity with the American Jewish community in a time of pain and anguish and tragedy,” Foxman told Jewish Insider in its Thursday edition.

“I don’t think they should come to the United States and stand in solidarity with the President of the United States, especially during an election period. I can thank Trump on one hand for the good things that he’s done, but that does not take away from me the right to be able to criticize him on issues of value and that I feel are part of our tradition.”

A number of Israeli officials have praised Trump’s response to the killing of 11 worshippers at The Tree of Life synagogue complex on Saturday, allegedly by a man who shared Trump’s expressed fear that Central American migrants planned to “invade” the United States.

Naftali Bennett, the minister for the Diaspora, has appeared on American media arguing that tarring Trump with helping to spur anti-Semitic acts was unfair because he was the most pro-Israel U.S. president in memory, moving the U.S. Embassy to Jerusalem.

Israel’s U.S. ambassador, Ron Dermer, in an MSNBC interview cast anti-Israel activity on campuses as a threat on par with white supremacists and said he was pleased with Trump’s response.

Trump at an Illinois rally called the attack “an assault on all of us” and said of those seeking the destruction of the Jews, “we will seek their destruction.”