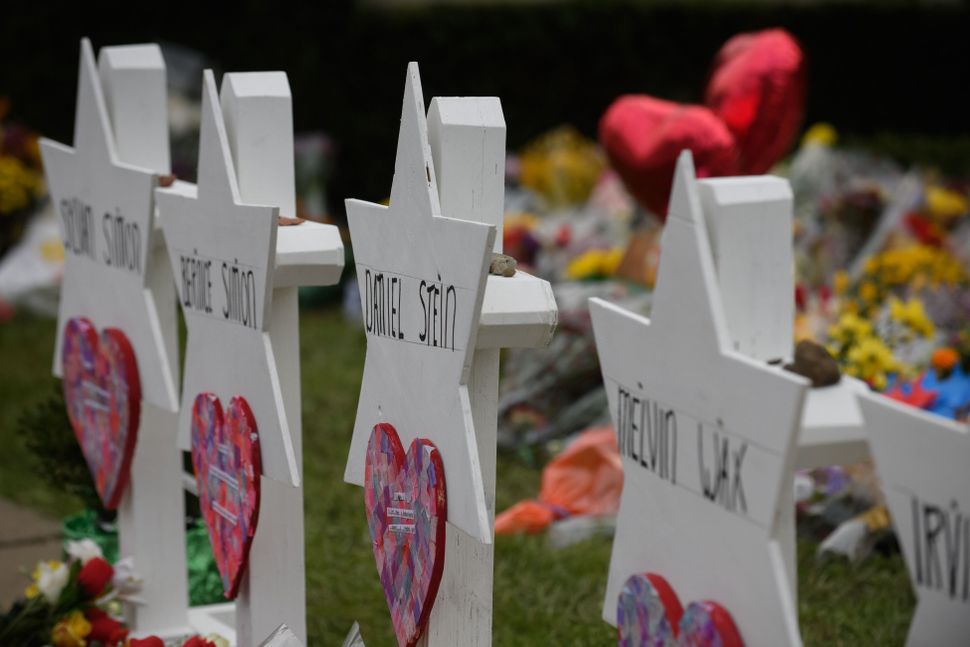 The Pittsburgh Post-Gazette opened its Friday morning paper with a bold Hebrew (well, Aramaic) headline: the first words of the Mourner’s Kaddish, the Jewish prayer of mourning.

“Magnified and sanctified be Your name”

These are the first words of the Jewish mourners’ prayer, which will be recited tonight on the first Sabbath since the Tree of Life Synagogue shooting. pic.twitter.com/LJPsKdlWRQ

Written right to left, the headline translates to, “Magnified and sanctified be Your name.” The Mourner’s Kaddish will be recited at Shabbat services Friday evening, commemorating the eleven people killed at Tree of Life synagogue in Pittsburgh last week as well as others who have passed away.

Friday night will begin the first Shabbat since the mass shooting by an alleged anti-Semitic gunman.

Correction, 2:45 p.m.: A previous version of this story and headline stated that the Mourner’s Kaddish is in Hebrew. In fact, it is in Aramaic, though the two languages share an alphabet.**