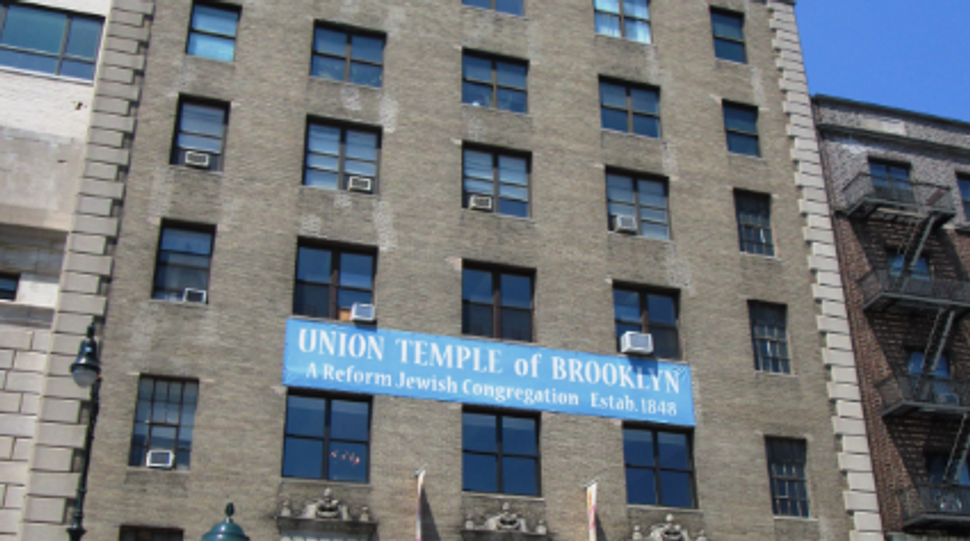 The suspect charged with vandalizing a Brooklyn synagogue with anti-Semitic graffiti like “Kill all Jews” and “Die Jew Rats” was fostered by a Jewish family and once worked as a City Hall intern tasked with fighting hate crimes, the New York Post reported Saturday.

According to the Post, police say James Polite, 26, not only vandalized Union Temple in Prospect Heights but also set fires at a slew of Jewish institutions, including inside the closet of a yeshiva and trash cans outside three other Jewish institutions.

Polite, who is African-American, was profiled in The New York Times last year. The profile described his bipolar disorder and history in the foster care system. It explained how he came to intern for former City Council Speaker Christine Quinn, who tasked him with researching hate crimes and eventually helped him get into Brandeis University. Polite graduated in May 2018, a Brandeis spokesperson told the Post.

“I know this young man, and along with many others in the New York City Council and social services agencies throughout the City, have done everything I could over the years to help him…The actions he is accused of break my heart and devastate all of us who tried to help him get on solid footing over the years. And while he has experienced hardship that most people can’t ever imagine, his actions are inexcusable,” Quinn said in a statement.

At age 20, after he aged out of the formal foster care system, Polite was taken care of by a Jewish couple, Josh Waletzky and Jenny Levison, according to the Times profile.

In a statement posted to Twitter on Monday, Levison wrote, “as Jews and New Yorkers, we are profoundly shaken and feel personally impacted by these acts, and our hearts break for all who are impacted.”

To those who have been reaching out. pic.twitter.com/1uxC42Gnfg

The Post and The Daily Caller reported that Polite’s Facebook profile, which he had changed to the name “Abraham Aali,” had become increasingly troubling in recent months, including a post in August criticizing whites and Zionists, specifically mentioning his foster parents. The night before the alleged fires and vandalism, he posted a video of a burning American flag and the status: “A dream with eyes wide open. civil war is here. Nobody gotta die. Mexico, latin America, carribean vs. Jew n——- pigs. One person touch me this whole s—- a smoking.”

The commanding officer of the New York Police Department’s Hate Crimes Task Force told the Times last week that none of the suspects apprehended for anti-Semitic hate crimes in the last 22 months have been associated with a far-right group.

Correction, November 5: A previous version of this article stated that James Polite was fostered by a Jewish couple before he turned 18. In fact, it was after he turned 20. It also said that the couple lives across the street from Union Temple; they do not.