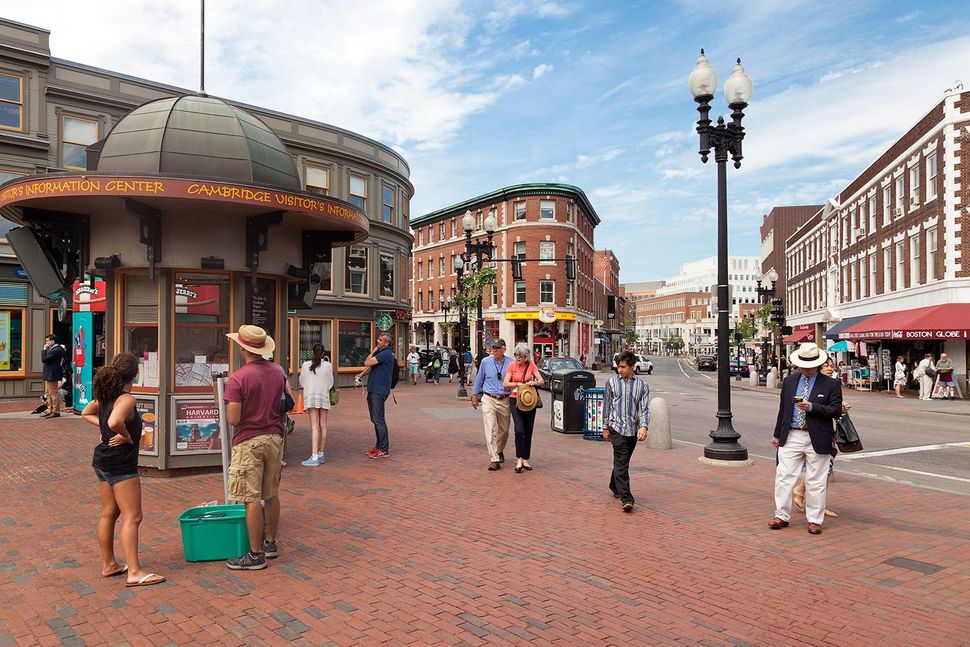 The victim, 66, told police that she and another man spoke with Harris for a few moments about a nearby property and then he followed them down the street saying “Shut the [expletive] up [Jewish expletive],” The Boston Globe reported.

He also allegedly pushed the victim and began shouting, “You [expletive] Jewish [expletive],” and put his fist on her throat, she told police, adding that the attack was “unprovoked.”

Harris was arraigned in Cambridge District Court on Thursday and released on his own recognizance and a promise to stay away from the victim.

The incident comes days after graffiti that included multiple swastikas and the words “Kill Kykes” next to a drawing of Hitler was discovered in Salem, Massachusetts, The Salem-based Jewish Journal reported Thursday. Several swastikas were found at Reading Memorial High School in the town of Reading, Massachusetts. Other racist graffiti were found in Reading last month. Officials declined to say what the graffiti in Reading said while police investigate the incidents, the Boston Globe reported Thursday.