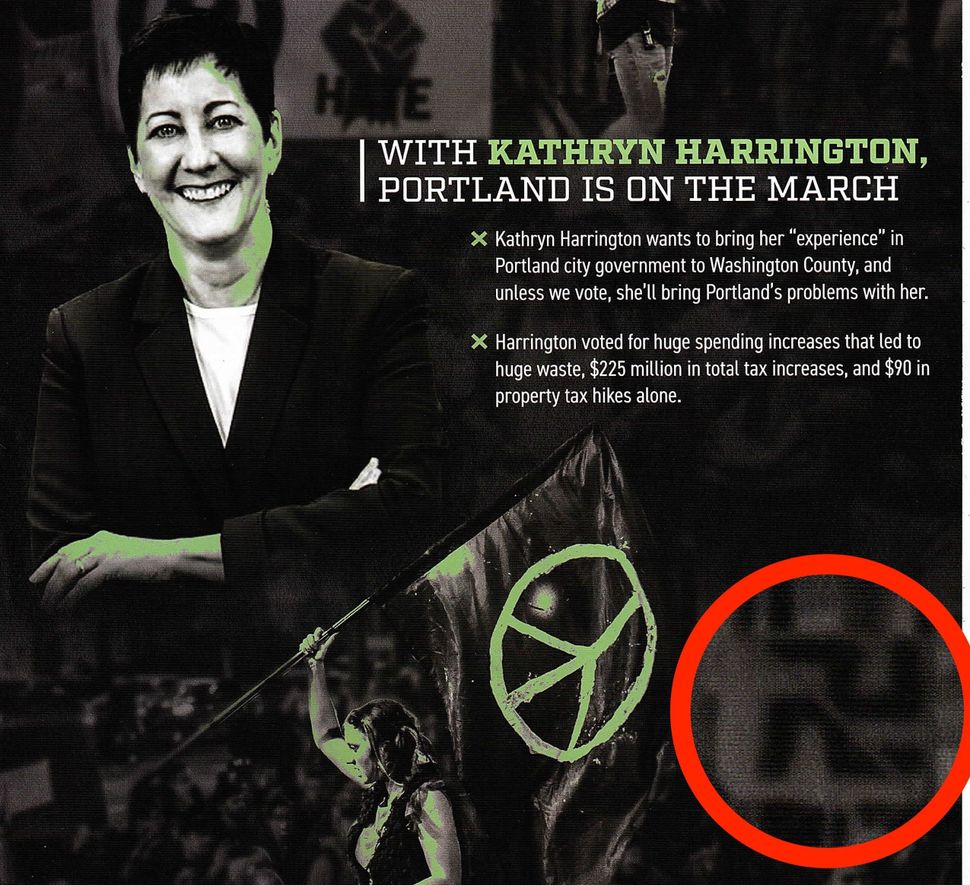 A mailer sent by an Oregon commissioner featuring a swastika has caused controversy in Portland. Image by Facebook

A county commissioner from the Portland area offered a half-baked apology for sending out a campaign mailer that featured a swastika just days before the midterm elections, the Willamette Week reported.

Last week, Bob Terry, a commissioner for a district in the western part of the Portland metro area, sent out a mailer attacking his opponent, Kathryn Harrington. The mailer says that Harrington will “bring Portland’s problems” to the western suburbs, a reference to anti-fascist and Black Lives Matter protests shown in sepia-tinted photographs on the mailer.

“The swastika is obviously crossed out, and anyone with a shred of intellectual honesty would know exactly what this is,” said Shelby Blake, a spokesperson for the Terry campaign, told the Oregonian.

Not all officials in the region agreed.

In a Facebook post, Terry apologized to members of the media whom the swastika may have offended.

“I apologize to anyone that may have been offended from the media and Kathryn Harrington’s portrayal of the photo,” Terry wrote. “I will aggressively fight anti-Semitism and any form of racism as Washington County Chair.”