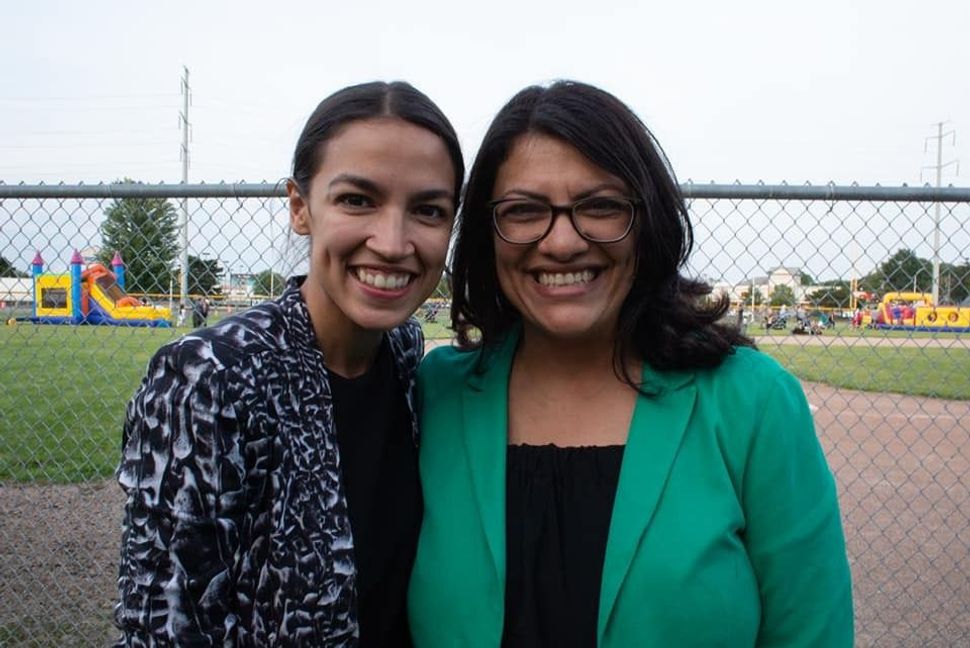 BEIT UR AL-FAUQA, West Bank (Reuters) – Tuning into the news at dawn on Wednesday, the extended family of Rashida Tlaib, the first Palestinian-American woman to be elected to the U.S. Congress, celebrated her victory in their home in the Israeli occupied West Bank.

Tlaib, 44, a Democrat, ran virtually unopposed in Michigan’s 13th congressional district, which encompasses southwest Detroit and its suburbs. She will become the first Palestinian-American woman to serve in the U.S. Congress, and one of the first few Muslim women in Congress.

She has become “a source of pride for Palestine and the entire Arab and Muslim world,” her uncle, Bassam Tlaib, said in the small village of Beit Ur Al-Fauqa.

Congratulations to you both! @RashidaTlaib and @IlhanMN in this historical moment, you have the strength of so many proud Americans behind you. I pray the Most High protects you and guides you as you strive to serve the people in this capacity! https://t.co/XmNiGJXwLs

Tlaib’s district is home to one of the largest Arab-American populations in the United States. Her win highlights a wave of Palestinian diaspora candidates and activists who have embraced the Democratic Party’s progressive wing at a low point in U.S.-Palestinian relations under Donald Trump.