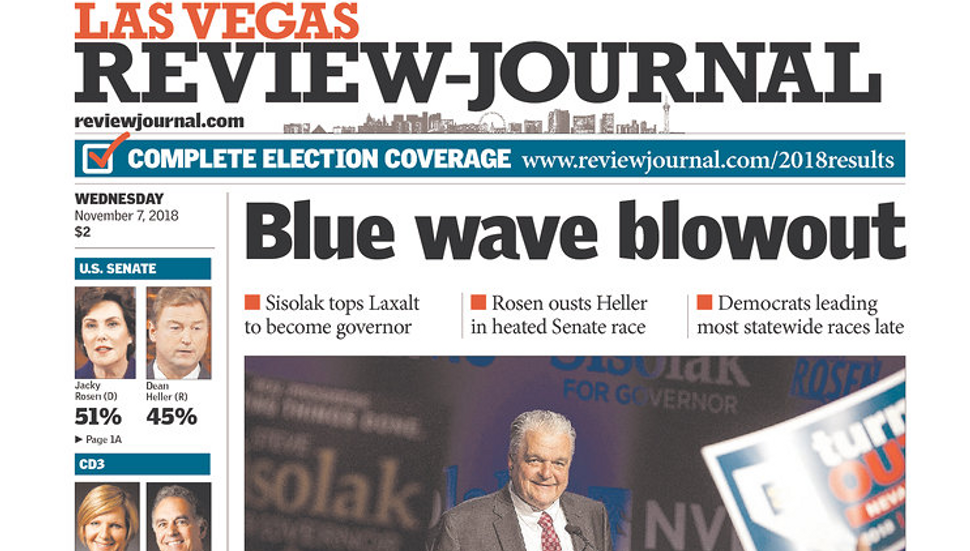 Billionaire casino mogul Sheldon Adelson must have been wildly disappointed Tuesday night, as Democrats overcame his multimillion dollar donations to win control of the House — and swept his home state of Nevada.

Adelson and his wife Miriam donated the most to Republican candidates and causes in the 2018 midterm elections, NBC reported, giving a combined $133 million.

Yet on Wednesday morning, “Blue wave blowout” was splashed across the front page of the Las Vegas Review-Journal, the newspaper Adelson owns.

Three Democrats — Dina Titus, Susie Lee and Steven Horsford — and one Republican — Mark Amodei — won the House race in Nevada, according to the New York Times.

Imagine being Sheldon Adelson, who invested a fortune in a GOP House, in @adamlaxalt, in an Energy Choice Initiative, in GOP candidates up and down ticket, to wake up to this headline in the newspaper he owns. Just like Sands through an hourglass, these are the days of our lives. pic.twitter.com/t5njTFKCeM

According to NBC, Adelson reportedly watched the election results with President Trump and his other close advisers at the White House. It must’ve been a bit embarrassing watching his own state fail to come through for the GOP.