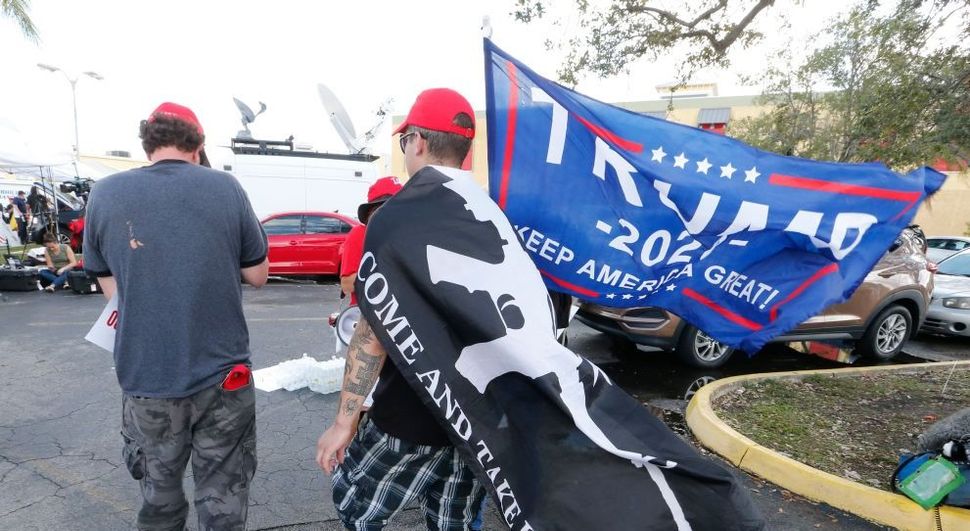 Florida’s statewide recounts have began in the divisive Senate and gubernatorial races, and protestors were on hand at several election offices to make their anger heard — including one woman in South Florida who yelled about “the f——— Jews.”

There have been protests in Broward County offices since Friday, NBC News reported. This one started off peaceful and festive, with bullhorns and Trump flags. But it soon grew heated as a woman, who said her name was MJ, began screaming about “the f——— Jews.”

It caught the attention of the crowd, which gathered around her. She told them she was Jewish, according to NBC, but frustrated that densely Jewish South Florida leans blue.

The Senate race between Republican Gov. Rick Scott and Democratic Sen. Bill Nelson was still too close to call, with Nelson trailing by just 12,000 votes.

Democrats believe that up to 25,000 ballots may not have been counted properly due to an odd ballot design in the heavily Democratic county. Republicans discount that claim and accuse Democrats of seeking to steal the election by counting improperly cast votes or other fraud, even though no evidence has been presented.

The Florida Election should be called in favor of Rick Scott and Ron DeSantis in that large numbers of new ballots showed up out of nowhere, and many ballots are missing or forged. An honest vote count is no longer possible-ballots massively infected. Must go with Election Night!