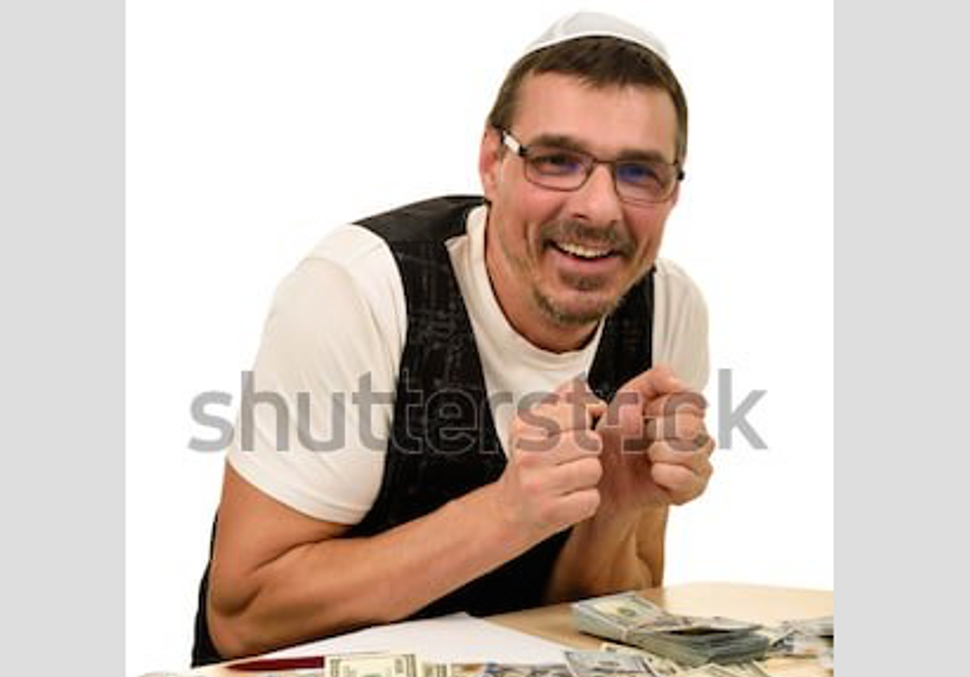 The well-known stock image website Shutterstock had photos of a Jewish man in a yarmulka excitedly leaning over a pile of money.

A Twitter user took a screenshot of the image and posted it, saying several versions were for sale. The image, which perpetuates the age-old stereotype that Jews are greedy and money-hungry, has since been removed.

Shutterstock’s vice president of global communications, Siobhan Aalders, wrote in an email that the photo goes against the site’s terms of service.

“In response to your tweet, I want to confirm that the images have been removed from our site,” Aalders said. “Our terms of service specifically prohibit using content that is in any way derogatory to any person or group and we investigate every complaint and issue.”

The anti-Semitic money-grubbing trope recently made its way into the midterm elections. A mailer that read “Vote No On Matt Lesser” featured an edited-though-recognizable photo of Jewish Rep. Matthew Lesser, who was running for Connecticut’s State Senate, holding up $100 bills.