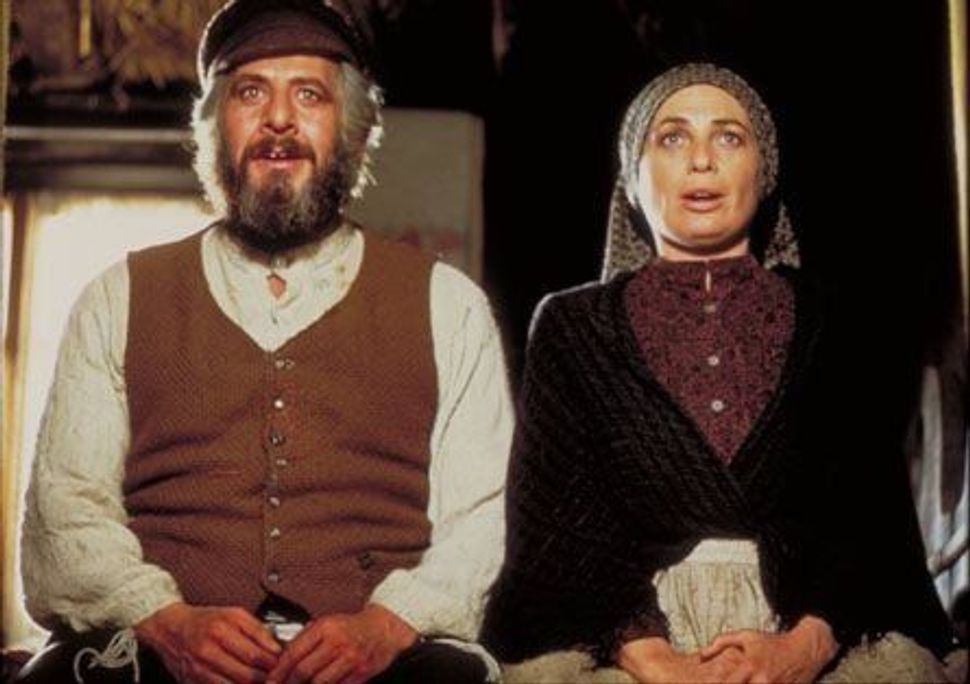 Tevye and Golde in Fiddler on the Roof.

A performance of “Fiddler on the Roof” was interrupted by a man yelling “Heil Hitler, Heil Trump” on Wednesday night in Baltimore, the Sun reported.

“People started running,” audience member Rich Scherr told the Sun. “I’ll be honest, I was waiting to hear a gunshot. I thought, ‘Here we go.’”

The outburst at the Hippodrome Theatre reportedly occurred during intermission, and came from the balcony. The unidentified man was escorted out and the show resumed minutes later.

A spokesperson for the Baltimore Police Department said the man would not be arrested, BuzzFeed News reported.

“Though reprehensible, his words are considered protected free speech because he did not directly threaten anyone,” the spokesperson said.

The incident is the latest in a recent rise in anti-Semitic acts across the US, just weeks after a gunman killed 11 congregants at a synagogue in Pittsburgh.