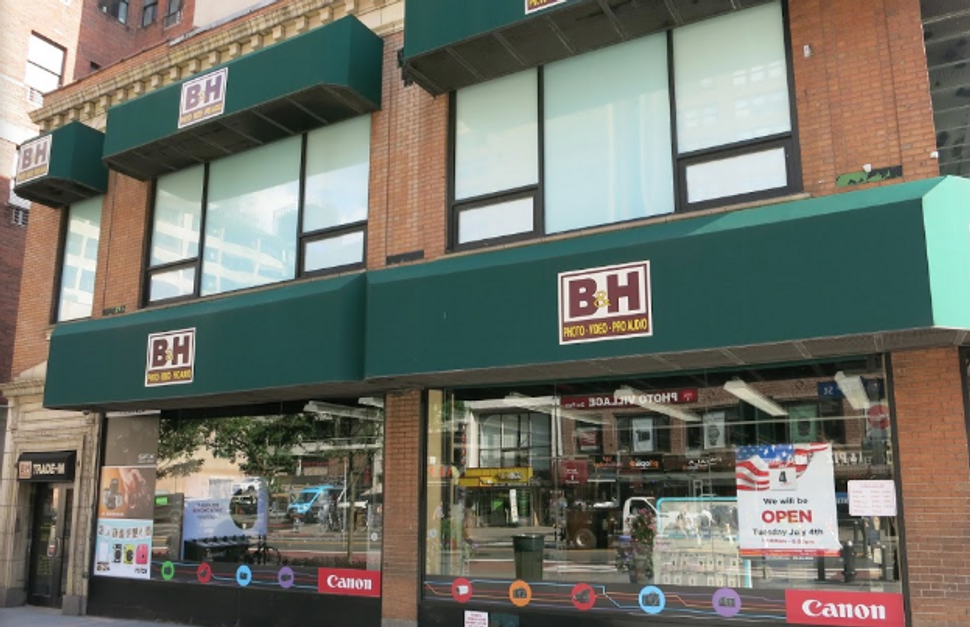 The Hasidic owners of a well-known photo equipment company offered their Jewish workers a $2,000 “baby bonus” for having children, but their Mexican workers weren’t given the same incentive, the New York Post reported.

B&H Photo Video was sued for its discriminatory practice, according to a Manhattan Supreme Court Suit.

The company is owned by Herman Schreiber of the Satmar Hasidic community, according to the Post. Many of his employees are ultra-Orthodox, a group that values big families.

“When each of its Jewish employees had a baby, B&H awarded the employee a $2,000 bonus plus two paid days off but did not grant its non-Jewish/Mexican employees a similar award when they had children,” read court papers.

A spokesman for Manhattan-based B&H confirmed that the “baby bonuses” are real but much less — $180 per child — and offered to everyone.

“B&H employees get $180 when they have a baby, adopt a baby, get married or one of their children gets married,” spokesman Michael McKeon told the Post.

Raul Pedraza, Oscar Martinez and Antonio Hernandez claim B&H “promoted and tolerated a hostile work environment based on a pattern and practice of national origin discrimination and religious discrimination,” according to the Jerusalem Post. The suit alleges that the company “hired Mexican immigrants for the purpose of exploiting them,” citing that the employees were called “goy,” “animals” and “stupid Mexicans” and told their religion is fake.

They’re suing for $200,000, a settlement they were originally promised in August, according to court papers.

The Post reported that a settlement was reached Wednesday but didn’t see a copy because it was “confidential.” Nothing had been filed in court by Wednesday.