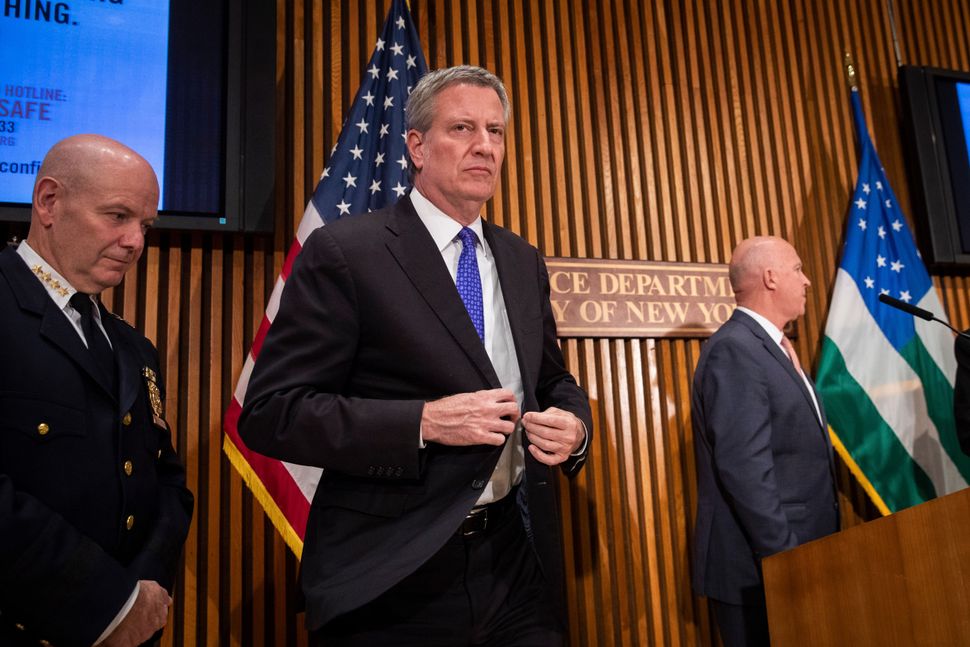 In a fiery public letter on Monday, the former chief of New York City’s Department of Investigation warned that the mayor’s decision to fire him last week could be an effort to quash an ongoing investigation into mayoral interference in the city’s yeshiva probe.

Mayor Bill de Blasio on Friday fired Department of Investigation chief Mark Peters, who serves as a sort of internal watchdog over city agencies. It was the first time in memory that a mayor had fired his DOI chief. Peters, in a letter distributed on Monday morning, said that his firing would have a “chilling effect” on the department, and could impede ongoing investigations.

“The context of the Mayor’s interactions over the past several years with DOI, combined with certain ongoing investigations about which the Mayor and his senior staff are very much aware, must cast doubt upon the Mayor’s true motives,” Peters wrote. “Moreover, concerns recently raised by City Hall staff about certain ongoing investigations suggest a desire to prevent DOI’s independence going forward.”

Later in his letter, Peters specifically cited an ongoing investigation into mayoral interference in the city’s probe of secular education at Hasidic yeshivas in Brooklyn. The city’s Department of Education has been widely criticized for the conduct of its yeshiva probe, which has dragged on for years and uncovered little. The New York Times revealed in October that the DOI was looking into mayoral interference in the yeshiva probe.

“Finally, there is the impact the Mayor’s decision to remove me may have on several ongoing investigations that could implicate the Mayor and/or senior appointees in certain agencies,” Peters wrote. “This includes previously reported investigations into Mayoral interference in yeshiva matters.”

In his letter, Peters offered to testify in more detail about ongoing investigations in a closed City Council hearing.