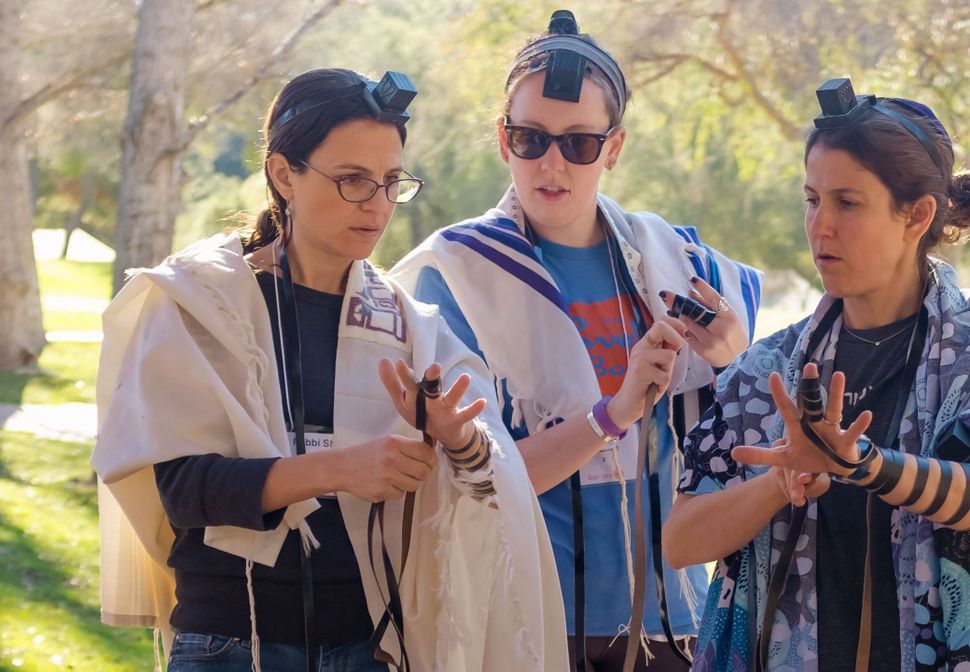 Rabbi Sharon Brous (left) with Ikar congregants at a 2016 retreat. Image by Courtesy of Ikar

The latest cover for TIME Magazine features Rabbi Sharon Brous, of the Los Angeles congregation Ikar, with a cover story called “Who Gets To Be An American?” The cover is based on Norman Rockwell’s famous 1943 “Freedom of Worship” painting, from his series of paintings on the Four Freedoms outlined by President Franklin D. Roosevelt in his 1941 speech.

Brous has become a nationally known rabbi for her leadership of Ikar, a growing congregation that is not affiliated with any movement, and for her political activism. She is pictured with several other faith leaders.

TIME’s new cover: “I love America. That’s why I have to tell the truth about it” https://t.co/gAdw8zxRDq pic.twitter.com/kFrKLuEPd9

The cover will likely further boost Brous’, and Ikar’s, national profile, at a moment when the community is fundraising nationally for its first building.