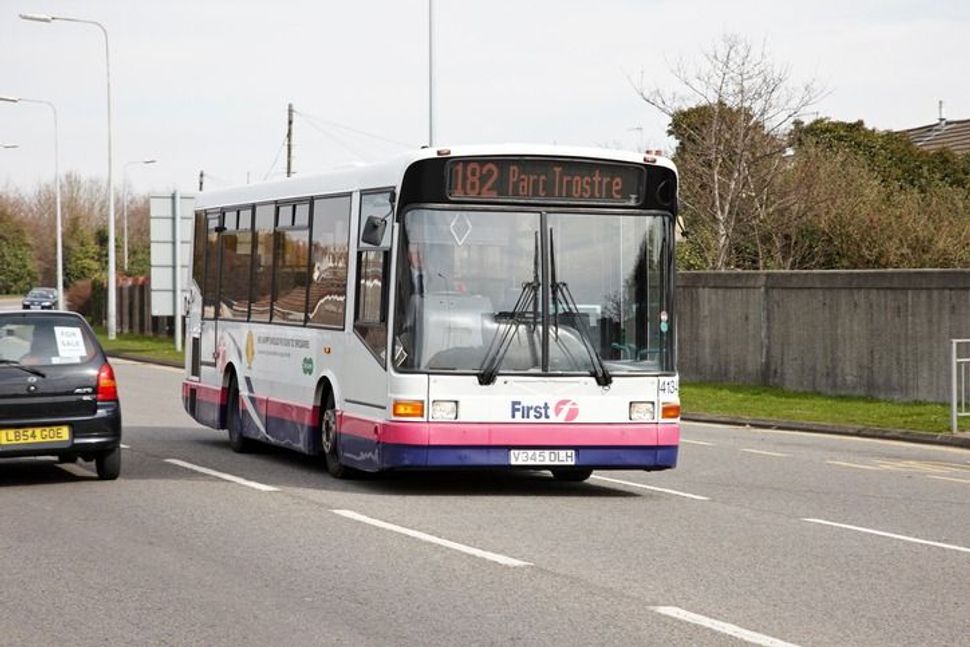 (JTA) — A young boy was assaulted in an attack with anti-Semitic motivation on a bus in Wales in the United Kingdom.

The boy was punched in the eye and grabbed by the mouth after his mother told a man and a woman on the bus that she was born in Israel, the WalesOnline news website reported.

The attack took place on Monday afternoon in the village of Barry.  The boy required hospital treatment for his injuries, according to the report.

South Wales Police told WalesOnline that they are treating the incident as a hate crime.

A woman whose adult autistic son was on the bus at the time said that he told her that the couple appeared to be intoxicated had been “loud and vulgar” in the back of the bus before turning their attention to the boy and his mother. When they heard she was Israeli the man started “verbal anti-Semitic abuse,” she said.

The bus driver stopped and asked the couple to get off, according to the report.