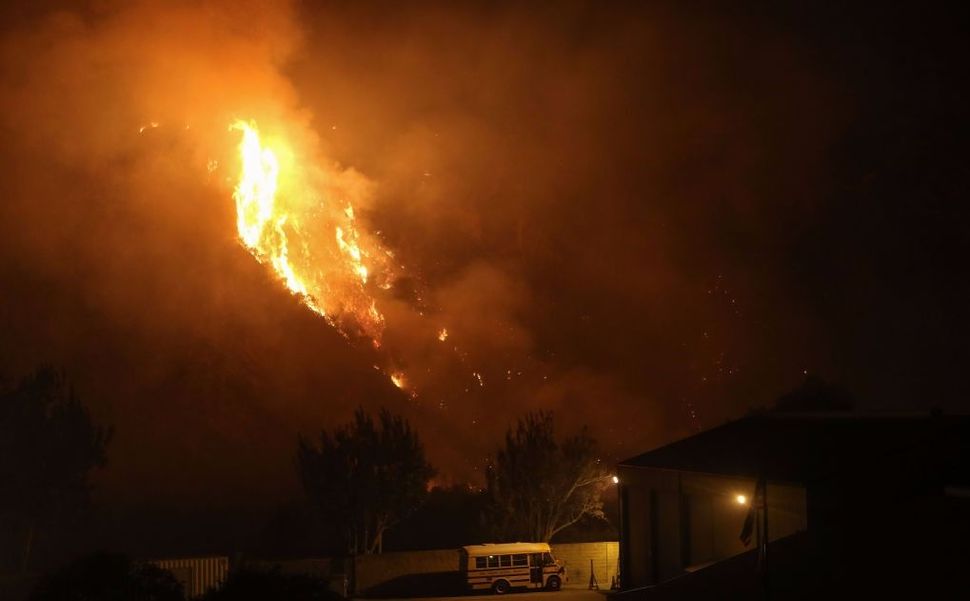 “We have been following the situation with the horrific wildfires in California including the unprecedented destruction of communities and the devastation to surrounding forests. Our thoughts and prayers are with the families and friends of those who have perished. We want to express our solidarity, encouragement and support and offer our assistance if there’s anything we can do to help,” Daniel Attar, world chairman of KKL-JNF, said in a letter sent on Tuesday to Vicki Christiansen, chief of the U.S. Department of Agriculture’s Forest Service.

The two organizations have worked together for some 30 years, including offering assistance and knowledge-sharing in the field of forestation whenever necessary, according to JNF.

Most recently, the U.S. Forest Service aided KKL-JNF in cases of forest fires in northern Israel during 2006 and 2010.

“We pray for your success in extinguishing these fires quickly and without further casualties,” Attar concluded.

At least 79 people have been killed and nearly 1,000 remain missing in the wake of a fire in northern California and two in southern California near Los Angeles. Thousands of homes and buildings also have been destroyed including an entire town, and the homes of several Hollywood stars, as well as destroying or damaging Jewish camps, a day school and other Jewish institutions. Heavy rain is expected this week in northern California, which will tamp down fears of more fires there but could bring with it flash flooding and mudslides.