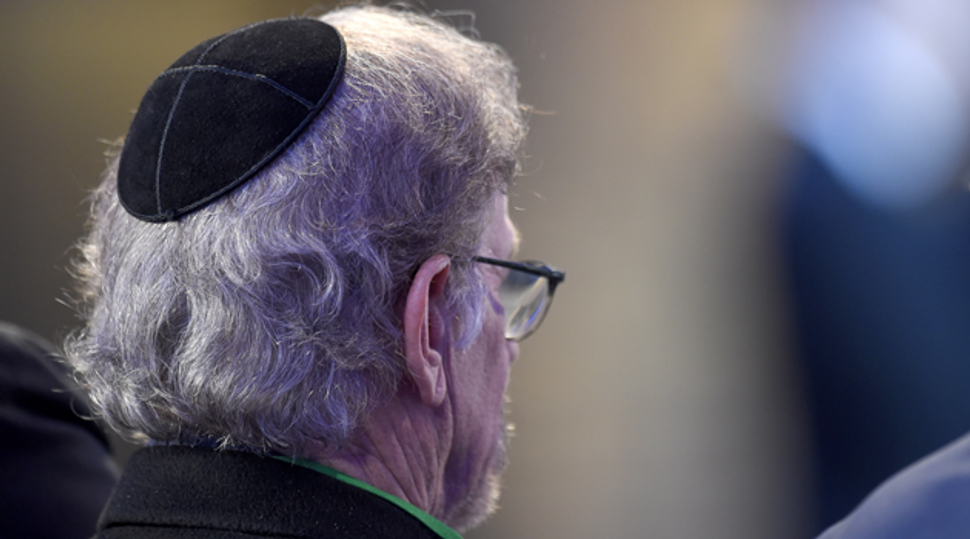 (JTA) — Los Angeles police arrested a man who allegedly attempted to run over two people outside of a synagogue.

The incident occurred on Friday night. Police are investigating it as a possible hate crime, the NBC Los Angeles affiliate reported.

A security camera video shows the driver trying to run down the two visibly Jewish men leaving the Bais Yehuda Shul, and then reversing and trying to hit him again, CBS LA reported. He also reportedly shouted anti-Semitic epithets at them. He was stopped when his car ran a stop sign and slammed into another vehicle.

“Why he chose us? Probably because of the yarmulkes on our heads,” one of the victims told CBS.

The alleged attacker has been identified as Mohamed, 32. He was held on $55,000 bail and charged with assault with a deadly weapon with a vehicle.