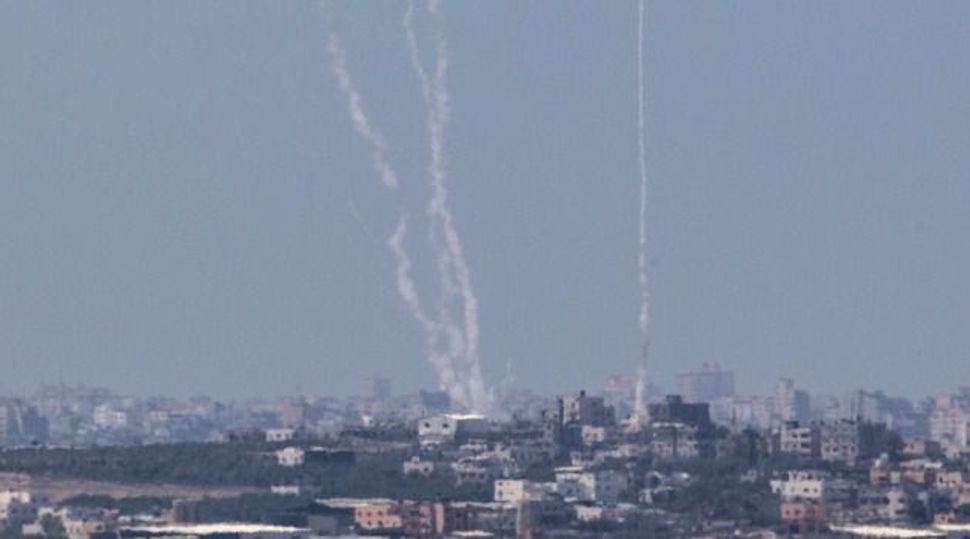 JERUSALEM (JTA) — The Israel Defense Forces is investigating the blown covert operation in Gaza that led to hundreds of rockets being fired into southern Israel.

One Israeli soldier was killed and another seriously injured when a special operations force was discovered on Nov. 11 in Khan Younis, leading to a shootout between the soldiers and Hamas operatives. The dead soldier was not publicly identified, except by his first initial, due to the sensitivity of the operation.

In the wake of the incident, terror groups in Gaza fired hundreds of rockets on southern Israel over two days, killing one person and damaging buildings.

Military Intelligence will look into the operation.

Last week, Hamas published photos of the eight Israeli soldiers it says were part of the covert operation. Israel’s military censor did not allow the photos to be republished in the Israeli media and, in an unusual move, called on Israelis not to share any information they have about the raid, no matter how mundane.

Meanwhile, the army’s chief of staff, Lt.-Gen. Gadi Eisenkot, ordered a general assessment of the army’s special operations. Maj. Gen. Nitzan Alon, the former head of operations for the Israel Defense Forces, will head that probe.