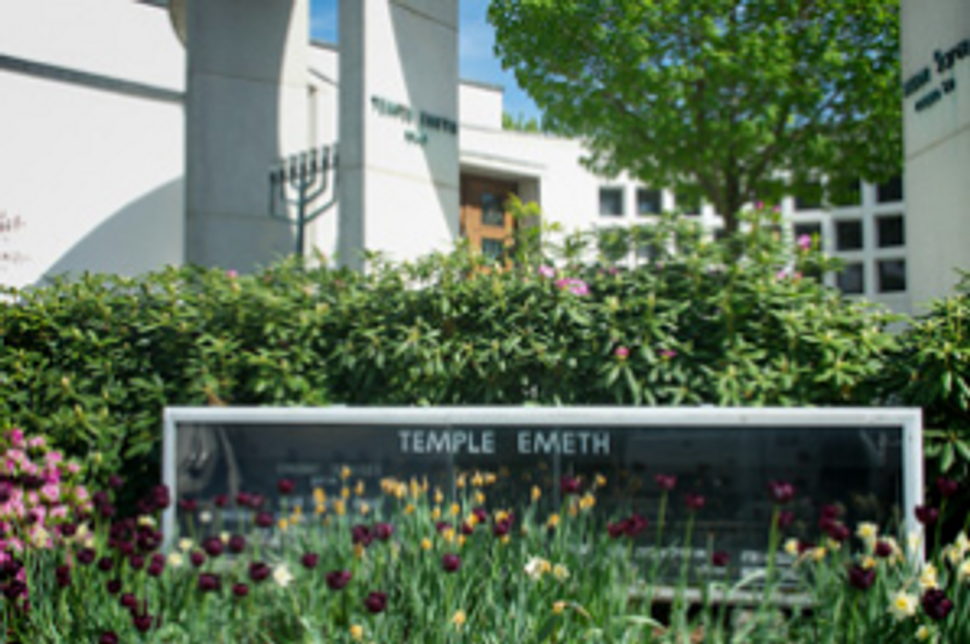 (JTA) — A 300-pound menorah was stolen from the entrance of a Boston-area synagogue and found hours later dumped about a mile away.

The six-foot-tall menorah that had been on display at the entrance to Temple Emeth in Brookline, Massachusetts since 1948 was ripped from its base sometime on Tuesday night. It was discovered by police at about 6 a.m. in Wednesday in a community several miles away, according to reports.

The menorah is estimated to weigh hundreds of pounds. It was damaged in the incident.

Brookline Police told the Boston Herald that it may have been targeted by scrap metal thieves, but that they have not ruled out a hate crime.