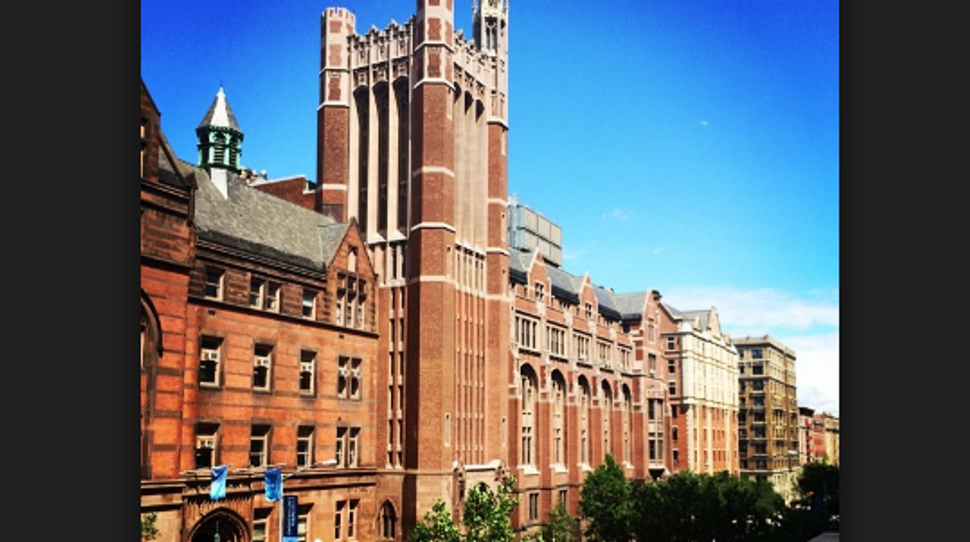 A Columbia University professor’s office was vandalized with two swastikas and an anti-Semitic slur, CNN reported.

Elizabeth Midlarsky, who is Jewish, has published articles on the Holocaust. The NYPD launched an investigation into what appears to be a hate crime.

“I opened the outer door and almost passed out,” she told CNN, about the moment she saw the two red swastikas and the word “YID” spray painted on a wall outside her office.

Midlarsky has been working at the university’s Teachers College for 28 years. She reported the vandalism to security and was brought home in a van, according to CNN.

The graffiti also left her students shaken and in tears, she told the New York Daily News.

Thomas Bailey, the president of Columbia’s Teachers College, put out a statement Wednesday, when the incident was reported.

“We unequivocally condemn any expression of hatred, which has no place in our society,” he said. “We are outraged and horrified by this act of aggression and use of this vile anti-Semitic symbol against a valued member of our community.”

Midlarsky has been targeted before. In October 2007, someone spray painted a swastika on her door in addition to writing her name and crossing it out, the Daily News reported. Around the same time, she told CNN, she began receiving hate mail by letter and email.

She said she believes those incidents were connected to her work as a Jewish activist. She had been engaging in more in-depth research on the Holocaust and protested a speech Iranian President Mahmoud Ahmadinejad was due to give at Columbia.

She told the Daily News that she just doesn’t understand why this is happening now.