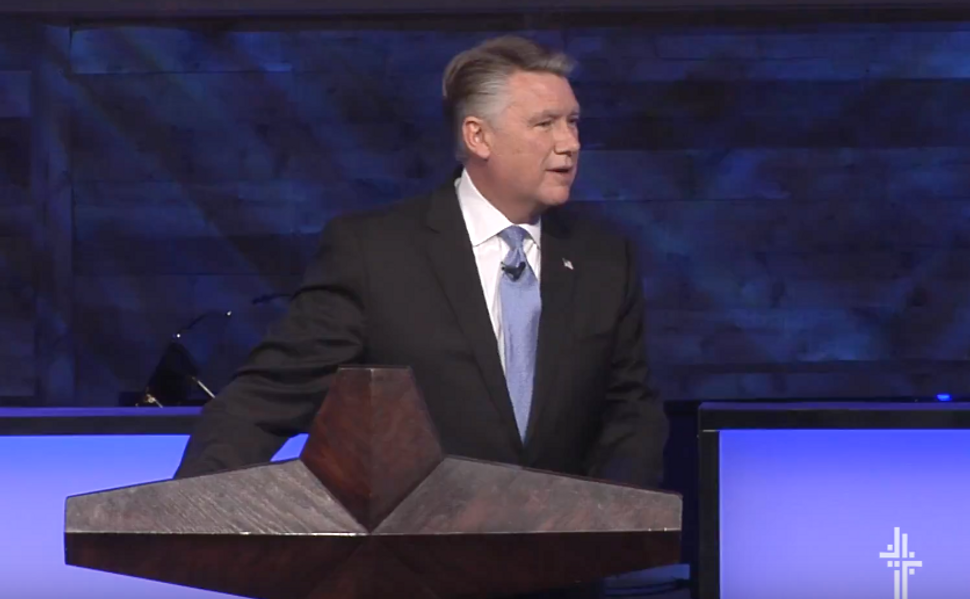 An evangelical Christian pastor who apparently won a North Carolina congressional seat last month by a razor-thin margin may not be seated as serious voter fraud allegations rock the race.

Republican Mark Harris, who infamously said Jews should embrace Jesus if they want peace in the land of Israel, led Democrat Don McCready by just under 1,000 votes in the official count in the hotly contested race for the district stretching east from the suburbs of Charlotte in the central part of the state.

But Harris may not ever take the seat.

The fraud claims center on Robeson and Bladen counties. Investigations have uncovered efforts by Harris supporters to collect absentee ballots from voters and possibly fill them out. Either practice would be illegal under state law.

Watchdogs suspect that some ballots may have been improperly filled out to favor Harris and others that backed McCready may have been discarded.

Bladen County delivered a healthy 16% margin to Harris, which amounts to 1,550 votes. The margin raised eyebrows in part because every other county in the district swung towards the Democratic candidate compared to the 2016 race, in which the former Republican Rep. Robert Pittenger won handily.

It’s unclear what might happen next although the state election board may order an investigation or even order a new election. It’s likely one or both candidates may go to court over the explosive issue.

The incoming Congress, in which Democrats hold the majority, has ultimate power to seat members under the Constitution.

Democrats have already picked up 40 seats in the midterms.

Harris made no secret of his evangelical faith and expressed the importance of Jews to convert in several sermons.

“You cannot be in that land, as powerful and as moving as it is, without realizing the incredible tension that is constantly in that land between the Palestinians and the Jews,” he said in 2011, noting he had visited Israel. “There will never be peace in Jerusalem until the day comes that every knee shall bow, every tongue shall confess that Jesus Christ is Lord.”