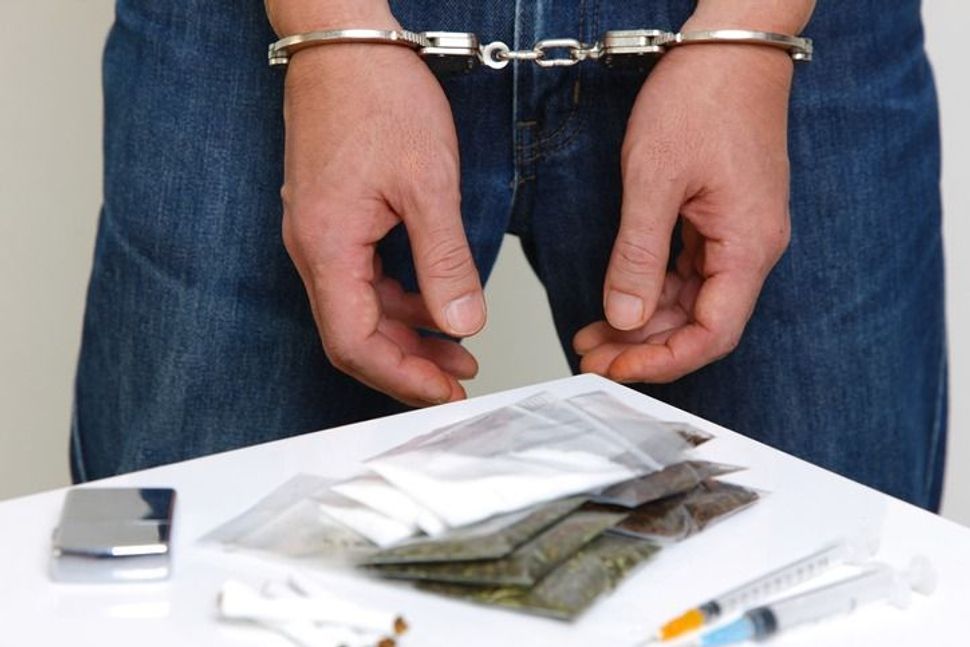 (JTA) — An Israeli drug dealer who leads a smuggling network was captured in Brazil after trying to escape extradition.

Dany Treyger, 32, was initially arrested last week in Santa Cruz de la Sierra, in Bolivia, and taken to Paraguay’s capital city Asuncion. He was expelled from Paraguay and handed over to Israeli authorities, who were to escort him to the Jewish state on a flight via Brazil, reported Paraguayan newspaper La Nacion.

Due to problems with the flight in Sao Paulo, Treyger was lodged at a hotel, from which he escaped on Sunday. He was rearrested on Wednesday

Treyger, an Israeli citizen, was scheduled to be on a plane on Thursday to Israel, which announced earlier this week that 37 suspects had been arrested so far for involvement in the drug smuggling network, Israeli media reported.

Treyger intended to establish a base of operations between Paraguay and Bolivia, where women would be recruited to smuggle drugs to Israel, reported ABC Color news website.