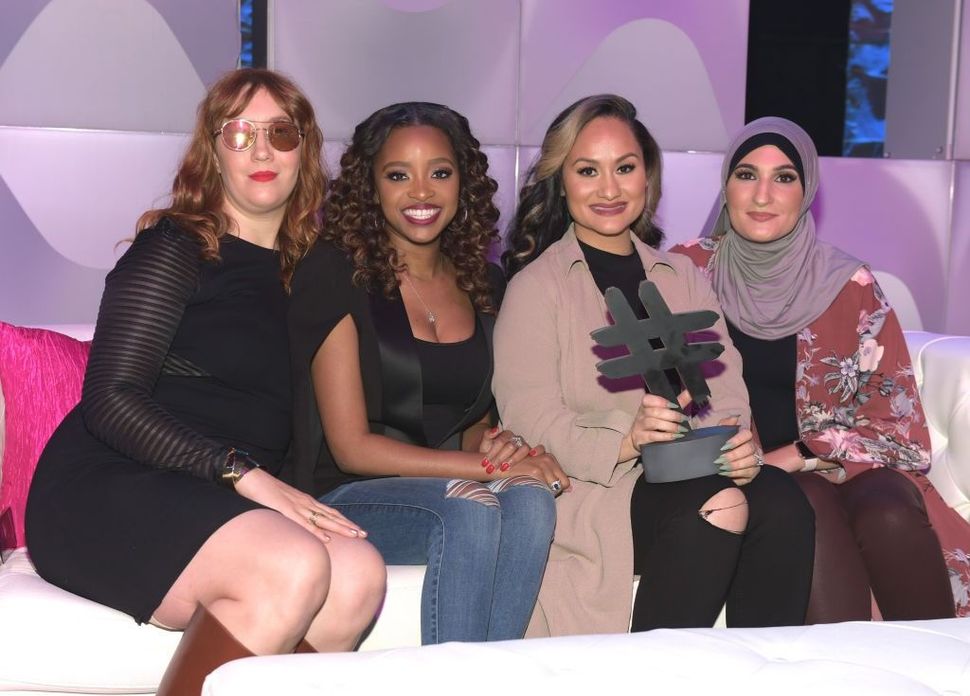 During the very first meeting of the organization that would become the Women’s March, two of its leaders, Carmen Perez and Tamika Mallory, claimed that Jews were leaders in the exploitation of black and brown people, Tablet reported Monday.

Someone who Tablet described as a “close secondhand source” said the duo claimed, falsely, that Jews were leaders of the American slave trade.

Perez and Mallory, along with Linda Sarsour, who was not present at the meeting but later joined the organization as a co-chair, have been criticized for months for their longtime support for Nation of Islam leader Louis Farrakhan, who has a long history of anti-Semitic rhetoric.

The comments about Jews allegedly made by Perez and Mallory are also ideas that Farrakhan has promoted, including in his book “The Secret Relationship Between Blacks and Jews.”

Mallory and Bob Bland, another Women’s March leader who was present at the meeting in question, denied that any such statements were ever made. “There was a particular conversation around how white women had centered themselves—and also around the dynamics of racial justice and why it was essential that racial justice be a part of the women’s rights conversation,” but it had nothing to do with Jews, Bland stated.

Multiple sources also told Tablet that Nation of Islam members were acting as security detail and drivers for the March’s co-chairs. Mercy Morganfield, president of the Women’s March’s local chapter in Washington, D.C., told Tablet that one of the other national leaders, Bob Bland, told her, “‘Mercy, they have been in bed with the Nation of Islam since day one: They do all of our security.’”

The organization denied the charge, and Bland personally denied to Tablet that she said such a thing to Morganfield.

“Women’s March has no relationship with or financial ties to the Nation of Islam,” the organization wrote to Tablet, adding, “We denounce anti-semitism, and there should be no confusion about that.”

Tablet noted that in September 2017, a Facebook commenter on Sarsour’s page urged her to be “surrounded” by the Nation of Islam’s security detail. “I usually am brother,” Sarsour replied.

The report also detailed possible issues with the Women’s March’s finances and compliance with tax laws.

Multiple current and former leaders interviewed for the article called on the national leaders to resign, echoing similar calls made over the last year.

Update Dec. 12: This article has been updated to include Women’s March leaders’ denials of the allegations published in Tablet.