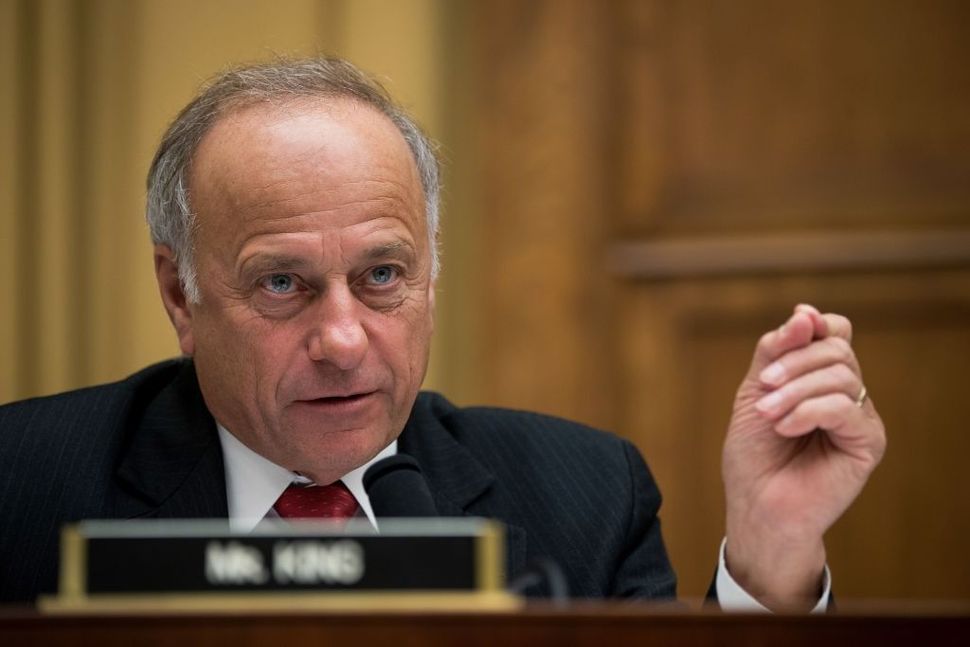 When Google CEO Sundar Pichai testified at a House Judiciary Committee hearing on Tuesday, white nationalist Rep. Steve King thought it a good time to ask about an issue his granddaughter had with her iPhone — an iconic product with which Google, and Pichai, is not affiliated.

Business Insider reported that while Pichai was being grilled, King asked why, when his 7-year-old granddaughter was playing a game on her phone before an election, a notification popped up with his image accompanied by foul language.

Then, the Iowa congressman held up his Apple device. “How does that show up on a 7-year-old’s iPhone who’s playing a kids game?” he asked Pichai.

“Congressman, iPhone is made by a different company,” the Google CEO responded, causing the Democratic staff to break out in laughter.

King tried to save himself: “It might have been an Android. It’s just … it was a hand-me-down of some kind.”

Pichai offered to follow up with him later, as in the moment, he couldn’t get into the workings of a secondhand phone, possibly made by a competitor, according to The Verge.

“You know, I’m happy to follow up when I understand the specifics,” Pichai said. “There may be an application which was being used which had a notification. But I’m happy to understand it better and clarify it for you.”