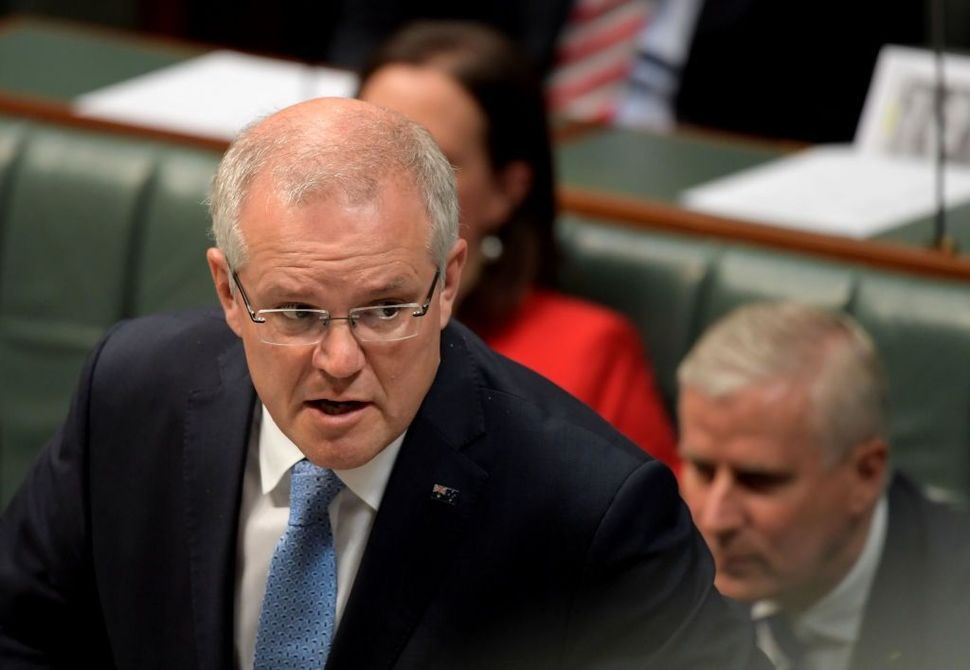 (JTA) — Australia’s prime minister appeared to quash reports that he would announce his government’s recognition of Jerusalem as Israel’s capital on Wednesday.

Asked what decision the Cabinet had been reached regarding the the matter during a news conference in Adelaide, Scott Morrison replied that it was premature to discuss the issue, telling reporters that “when I’m in a position to make that announcement, I will.”

Morrison’s rebuttal of the rumors comes only one day after the publication of a report by The Australian, citing government sources, claiming that his Cabinet had approved recognition and was planning to announce the change in policy on Wednesday. According to the report, which received considerable play in the Israeli media, recognition would not have been immediately followed by an embassy move due to cost issues.

While Australian Foreign Minister Julie Bishop had said in June that “the Australian government will not be moving our embassy to Jerusalem,” Morrison said in October that he was “open-minded” regarding following the American example. The United States moved its embassy to Jerusalem in May. However, Australia subsequently received harsh pushback from the Palestinians and a number of Muslim states including Indonesia, an important trading partner.