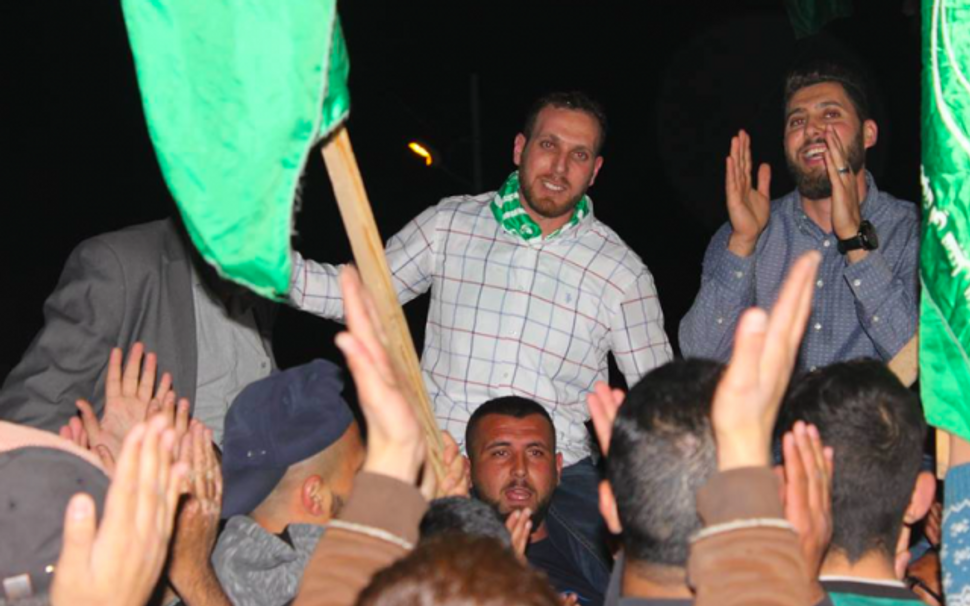 Asem(L) and Salih(R) Barghouti at a rally in Kobar after the former was released from Israeli prison in April 2018. Image by Twitter

Asem Barghouti carried out an attack on Dec. 12 near a bus stop outside of the Givat Asaf settlement, killing two soldiers and injuring a civilian woman and another Israeli soldier, who also holds American citizenship, a defense official said on Thursday.

Saleh Barghouti was identified last week as the shooter in the Dec. 9 attack at a bus stop outside of the West Bank settlement of Ofra. The attack left 7 injured including a pregnant woman whose baby was delivered prematurely and later died. The assailant was killed a week ago while trying to evade arrest.

Hamas praised Saleh Barghouti as a “heroic martyr” and claimed credit for the attack.

Their father was convicted for participating in the killing of an Israeli soldier in 1978. Jasser Barghouti, their uncle, directed both attacks, Ynet reported citing unnamed Palestinian sources.