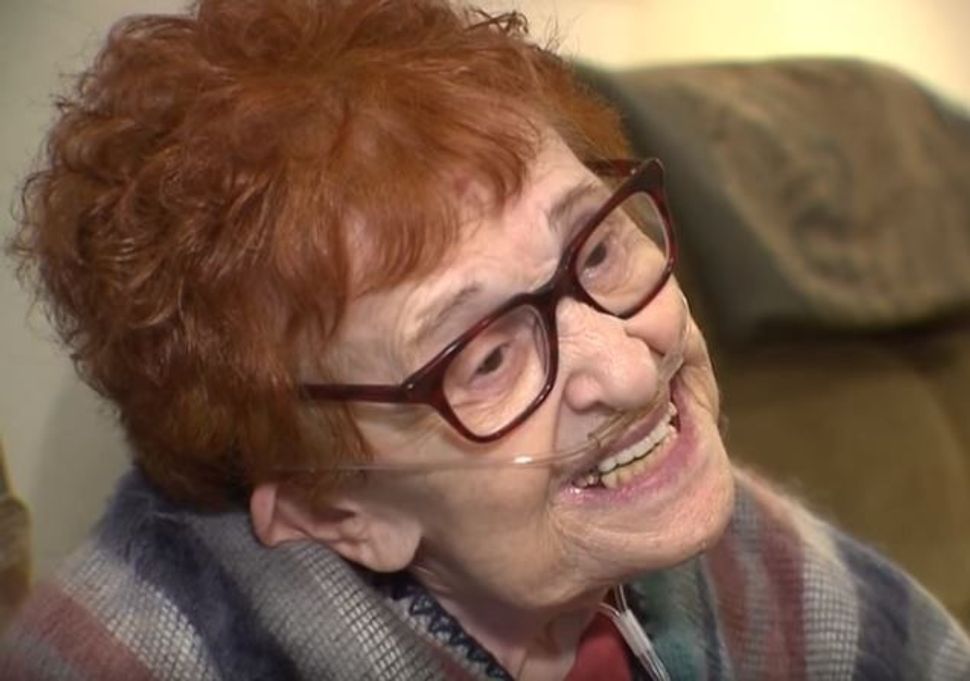 (JTA) — Janet Fein, 84, practices what she preaches when she says “Never leave anything unfinished.”

The Jewish grandmother from Dallas will finally get her degree, in sociology, decades after going straight into the workforce from high school, the Texas Jewish Post reported. She will be among the graduates in the ceremony Wednesday at the University of Texas at Dallas.

According to the Jewish newspaper, Fein skipped several grades, graduating from high school at 16 in 1950. She worked for years as a secretary before earning an associate’s degree and going on to work for the Jewish Federation of Greater Dallas.

After retiring, she decided to pursue a degree.

“Because I was over 65, I got free tuition. I picked sociology because the study of people and society was a perfect match,” she was quoted as saying. “In my family, I’ve got a doctor, a speech therapist, a couple of artists, sales and marketing professionals, a nurse, a teacher and an engineer. I’m excited to join them in getting my degree. I’ve worked hard and as proud as I am of them, I’m proud of me too.”