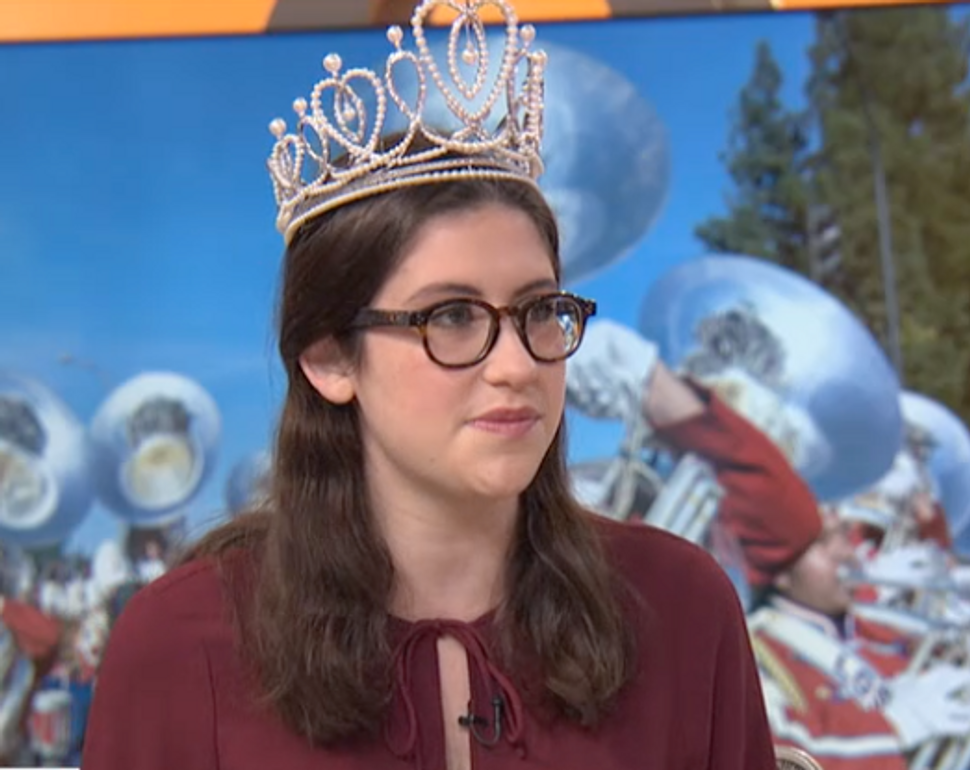 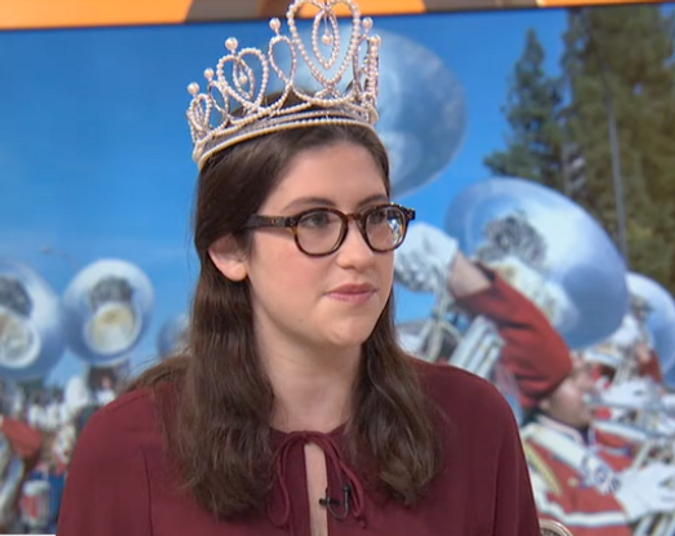 (JTA) — Louise Deser Siskel, a high school senior who will preside over the New Year’s Day Tournament of Roses Parade, says she is the first Jewish Rose queen in the parade’s 101-year history.

Siskel, 18, also told the local media that she is the first LGBTQ queen and the first queen that wears glasses, though none of these firsts have been officially verified.

“I feel lucky that I was selected by the committee for those reasons. That, to me, gives me great faith in the organization and a great amount of respect for the committee,” she said.

Siskel, of San Marino, California, is a member of Pasadena’s Sequoyah High School debate team and judicial committee, is involved in YMCA Youth & Government, and has researched breast cancer at The Charles R. Drew University of Medicine and Science, as well as worked on research projects funded by NASA Ames. She plans to study cellular and molecular biology in college.

She said the tournament organizers give her and the rest of the seven-member court “a real voice; for that I feel very thankful.”

They will have made more than 100 appearances as ambassadors of the Tournament of Roses since they were chosen in October through New Year’s Day.