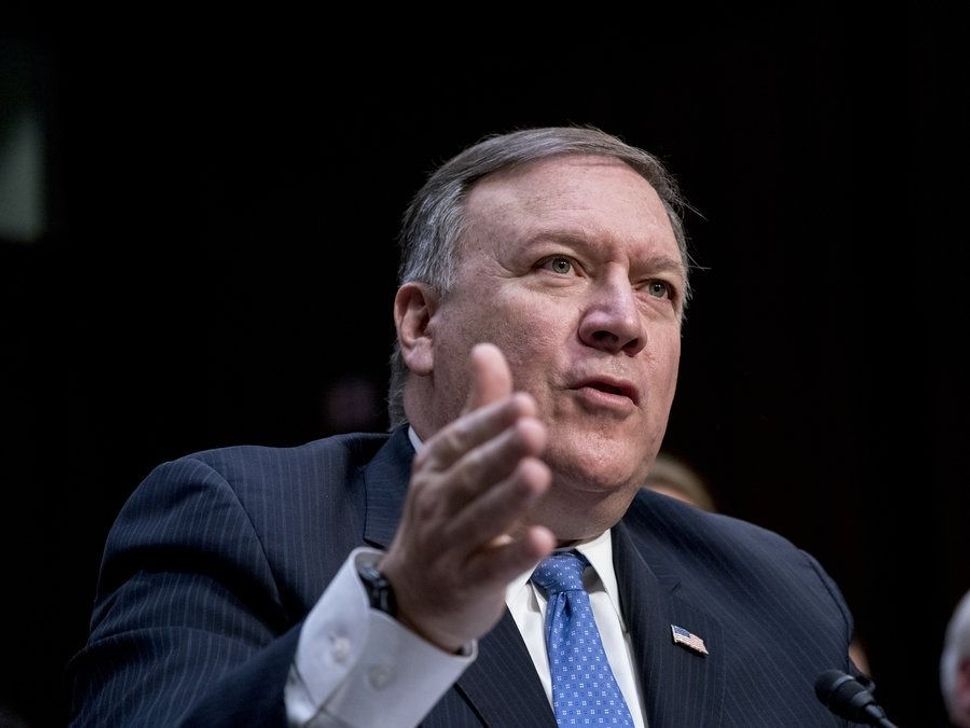 (JTA) — The United States’ withdrawal of some 2,000 ground troops from Syria does not signal the end of the U.S. commitment to Israel’s security, Secretary of State Mike Pompeo said.

Pompeo made the statement Tuesday at the start of a meeting in Brazil with Israeli Prime Minister Benjamin Netanyahu. The leaders are both attending the swearing in of new Brazilian President Jair Bolsonaro.

“The decision by the president on Syria in no way changes anything that this administration is working on alongside Israel,” Pompeo said.

Netanyahu said the leaders would discuss “how to intensify even further our intelligence and operations cooperation in Syria and elsewhere to block Iranian aggression in the Middle East.”

The meeting came a day after The New York Times reported that the troops would be “slowly” withdrawn over four months instead of 30 days as President Donald Trump originally planned. The decision comes after warnings from current and former military leaders of the danger of a quick exit, according to the newspaper, as well as a request by Israel.

Trump said on Dec. 19 he would launch a full and accelerated pullout of the 2,000 U.S. troops in Syria, a move that could leave a vacuum for Iran  to fill. Trump confirmed reports of a pullout in a tweet. “We have defeated ISIS in Syria, my only reason for being there during the Trump Presidency,” he said.