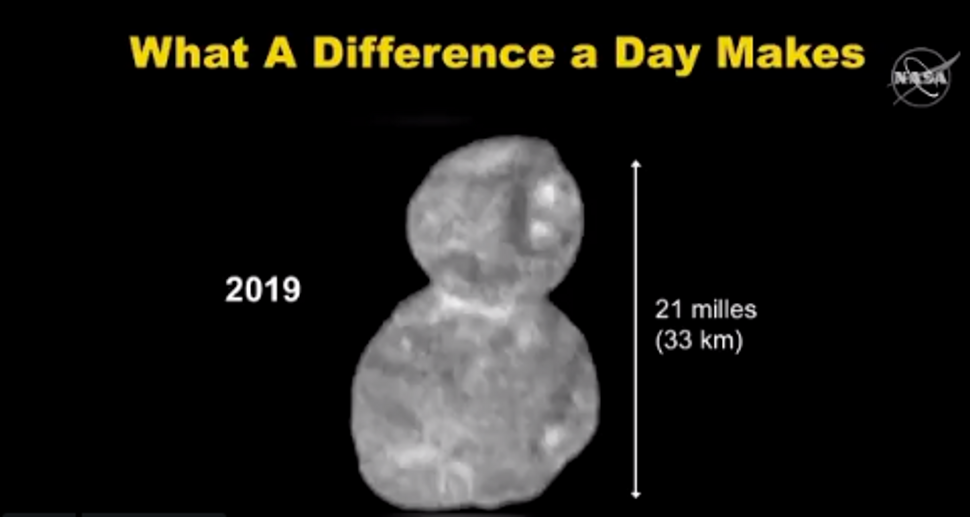 NASA’s New Horizons spacecraft on Tuesday flew past a small icy object four billion miles from the sun named Ultima Thule — a record-setting mission that will give a glimpse of what lies on the edge of the solar system.

It’s a moment that could define the future, but the name “Ultima Thule” is one from the past. The otherworldly designation, an ancient term for a distant and cold mythological land, was used by the Nazi Party and has since been appropriated by groups on the so-called “alt-right,” Newsweek reported in March.

Mark Showalter, a planetary astronomer at the SETI Institute and investigator on the New Horizons mission who led the naming process, told Newsweek that he had never heard of the term before it was picked in a public contest to replace the distant world’s technical name, 2014 MU69. It was chosen from about 34,000 names submitted by an online nomination process.

“‘Beyond the limits of the known world’—that’s such a beautiful metaphor for what we’re doing this year,” he said.

It dates back to the fourth century, when it was widely used to describe freezing northern lands, both real and fabled. But its other, less savory meaning — referring to the fictional homeland of the Aryan race — also exists. Eric Kurlander, a historian at Stetson University who has studied Nazi supernatural beliefs, told Newsweek that “it’s a concept that’s very malleable” because it’s been around a long time.

Early analysis from New Horizons’ camera suggests that Ultima Thule, based in the Kuiper Belt beyond Pluto, is the result of two bodies that are now fused together. It could provide information about how other planets are formed over eons.

Meet #UltimaThule! What you’re seeing is the 1st contact binary ever explored by a spacecraft. This object, which we can now see is a contact binary, used to be 2 separate objects that are now bound together. Watch for more @NASANewHorizons science results https://t.co/ZuxLDtzW9c pic.twitter.com/uF9VfgN4Fh