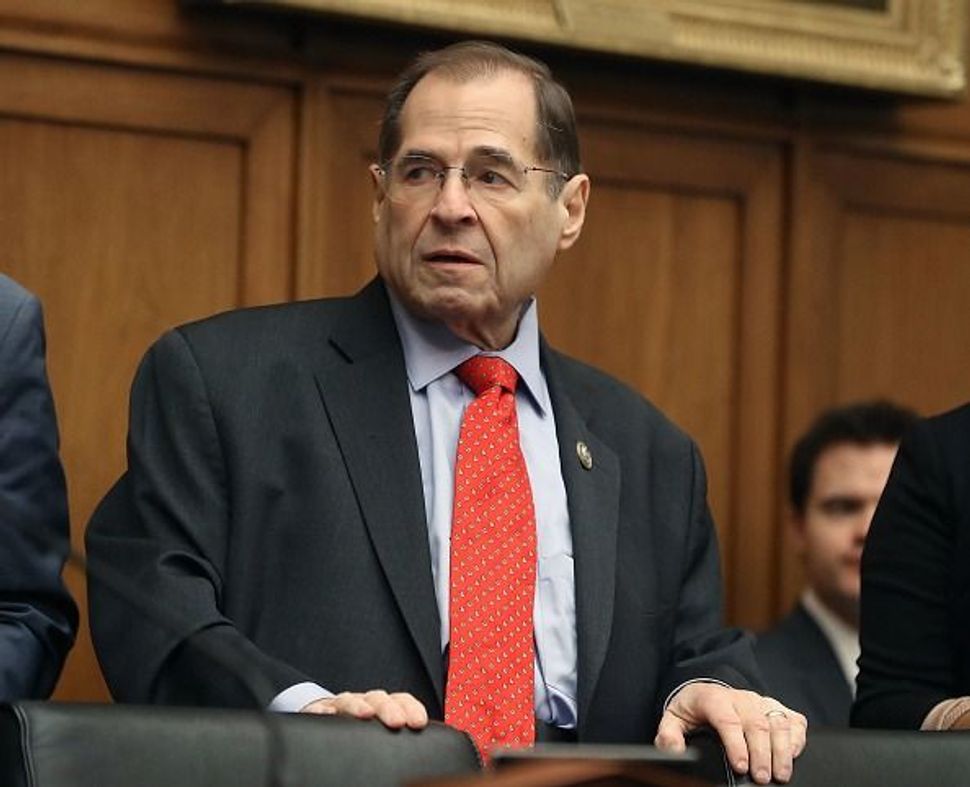 Nadler was commenting on a statement made Thursday by Representative Rashida Tlaib, who told reporters after getting sworn into Congress on Thursday that she wanted to “impeach that motherf—ker,” referring to the president.

The fact that Nadler didn’t “really like the language” was beside the point — he said it was too early to even bring up the I-word.

“Well, no, I don’t really like that language. But more to the point, I disagree with what she said. It is too early to talk about that intelligently,” he told CNN on Friday. “We have to follow the facts, we have to get the facts. That’s why it is important to protect the Mueller investigation and that’s why it’s important to do our own inquiry. We have to get the facts. We will see where the facts lead. Maybe that will lead to impeachment. Maybe it won’t. It is much too early.”