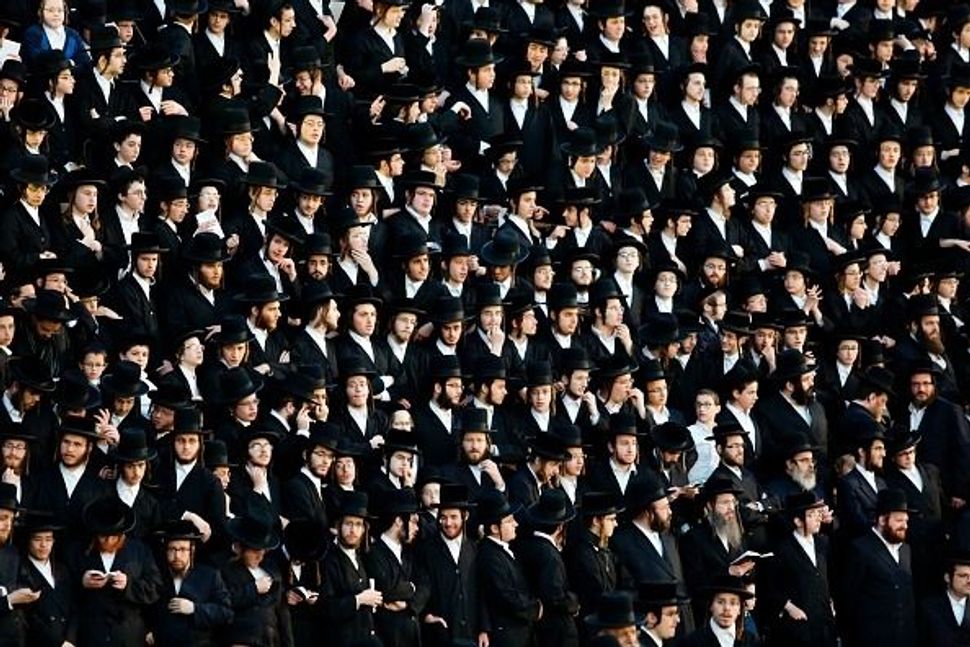 Village of Kiryas Joel, New York, on May 14, 2017, during celebrations for Lag BaOmer. Image by Getty Images

(JTA) — The Hasidic community of Kiryas Joel in New York became what is said to be the first official haredi Orthodox town in the United States.

Kiryas Joel on Jan.1 became the town of Palm Tree when it officially split from the Town of Monroe located in New York’s Orange County, the Times Herald-Record reported on Saturday.

The new town is a town is made up of the 164 acres Kiryas Joel had annexed from Monroe and 56 additional acres.

Kiryas Joel’s roots date back to the mid-1970s, when Hasidic Jews began settling in the area under the guidance of Satmar Rabbi Joel Teitelbaum.

Over 80 percent of Monroe voters in November 2017 backed a measure to make Kiryas Joel, a village of over 20,000 Yiddish-speaking Jews associated with the Satmar Hasidic sect, the state’s first new town in 35 years. Palm Tree, the town’s name, is an English translation of the Satmar rebbe’s surname, Teitelbaum.