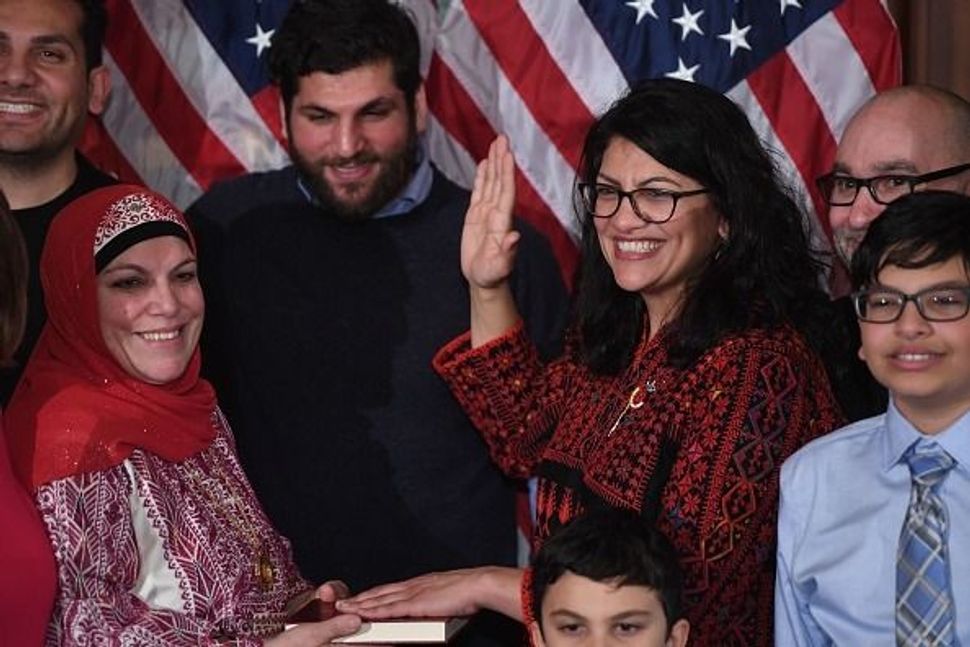 The American Jewish Committee shared its outrage over a tweet Representative Rashida Tlaib wrote, using a photo of the Michigan congresswoman hugging a supporter draped in a Palestinian flag in its claim that she made accusations of dual loyalty against backers of an anti-BDS movement bill.

“Tell us more about dual loyalty, @RashidaTlaib,” the Jewish advocacy group tweeted in response to Tlaib’s comment. She had written that people who support the bill “forgot what country they represent.”

AJC’s tweet had its fans; 698 people retweeted it and 1,500 “liked it,” but the backlash was strong, with many people writing that the photo reflects the pride Tlaib, an American of Palestinian descent, has in her background.

you guys suck. sincerely, a jew.

For the record, she went after US legislators because they seem to have forgotten what the First Amendment protects. You, on the other hand, accused her of “dual loyalty” by sharing a photo that reflects her pride in her ethnic background, which is utterly beneath contempt.

this is gross and wrong. do better.