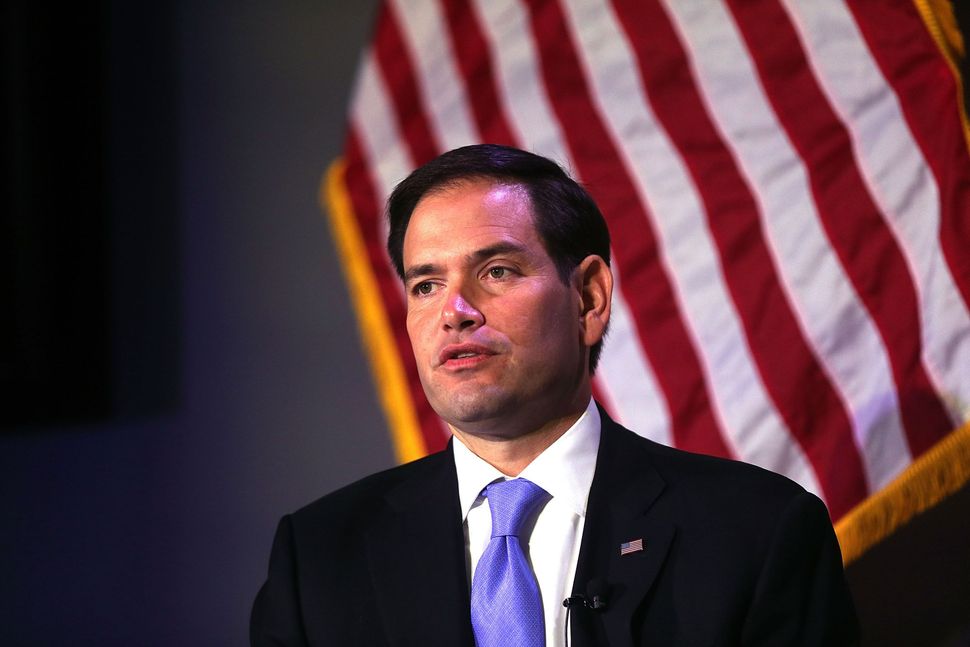 Representative Rashida Tlaib fired back at critics like Marco Rubio who claimed she was accusing Jews of ‘dual loyalty’ in a tweet about his proposed new anti-BDS law.

The newly minted congresswoman said she was referring to American values when she said critics of BDS should “remember what country they represent” — a phrase that Rubio called a classic anti-Semitic canard about Jews favoring Israel.

Tlaib, an American of Palestinian descent, wrote back and accused him of “seeking to strip Americans of their Constitutional right to free speech.”

Sen. Rubio, it’s clear my earlier tweet was critical of U.S. Senators like yourself, who are seeking to strip Americans of their Constitutional right to free speech. https://t.co/xFn2XeCqsZ

The controversy, she claimed, was created to deflect from the government shutdown, which is now in its third week.

The American people need Trump and Republican Senators to focus on ending the shutdown instead of inventing controversy to distract from your inaction.