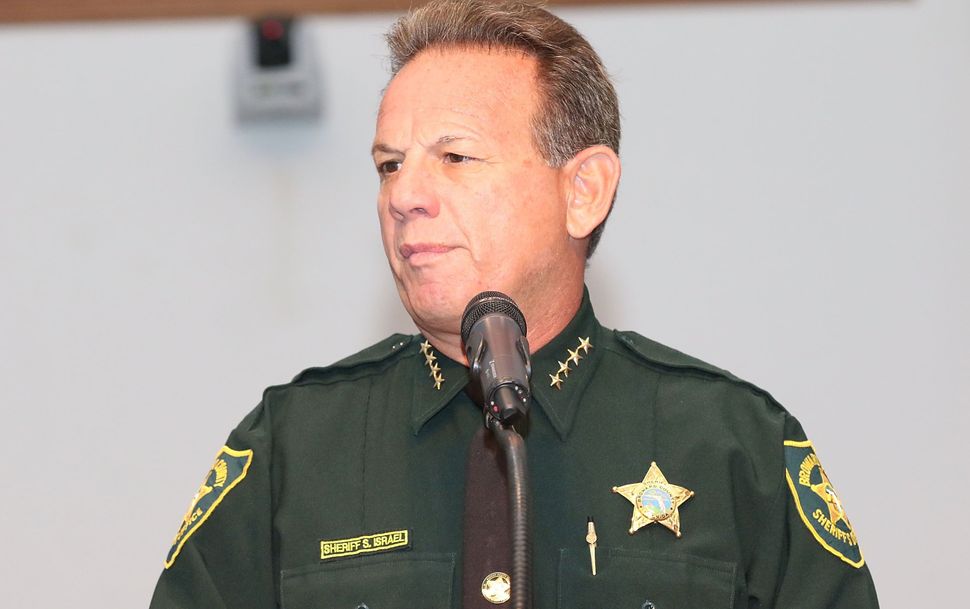 “We have an event that we’re doing tomorrow,” DeSantis’ office said Thursday night. “The governor’s going to issue a statement on holding government officials accountable.”

Seventeen students and staff were killed at Marjory Stoneman Douglas High School nearly a year ago. According to the Miami Herald, a state panel investigating the shooting found that sheriff’s deputies weren’t properly trained, and that they took cover to protect themselves instead of pursuing the shooter.

Tony is president of Blue Spear Solutions, a security company that specializes in active shooter and mass casualty training, according to the Herald.

Andrew Pollack, the father of Meadow Pollack, who died in the shooting, told Politico Florida that Tony, a friend, had retired as the “most-decorated sergeant” in Coral Springs.