Trump Plugs Pat Buchanan – Who He Once Called ‘Hitler Lover’ 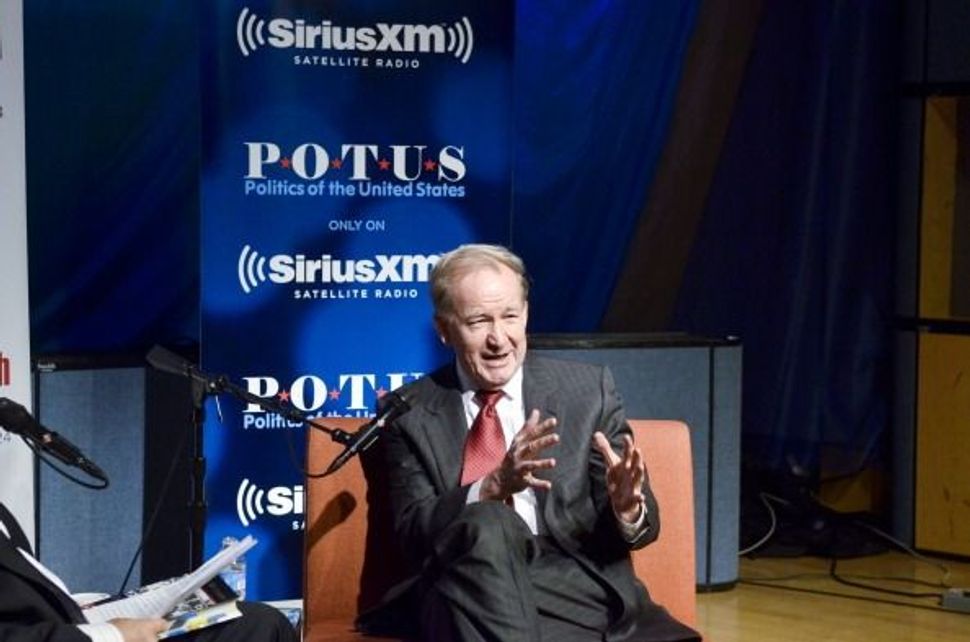 President Trump tweeted an excerpt from a news column written by Pat Buchanan — whom Trump accused 20 years ago of being a “Hitler Lover” and “anti-Semite.”

Trump shared the column, which makes a case for funding the border wall, on Sunday night. In the tweeted piece, Buchanan, a former senior adviser to Presidents Richard Nixon, Gerald Ford and Ronald Reagan, evokes the unfounded claim that more crimes are committed by undocumented immigrants. The column argues that “the Democratic Party is hostile to white men.”

The Trump portrait of an unsustainable Border Crisis is dead on. “In the last two years, ICE officers made 266,000 arrests of aliens with Criminal Records, including those charged or convicted of 100,000 assaults, 30,000 sex crimes & 4000 violent killings.” America’s Southern….

….Border is eventually going to be militarized and defended or the United States, as we have known it, is going to cease to exist…And Americans will not go gentle into that good night. Patrick Buchanan. The great people of our Country demand proper Border Security NOW!

Yet Trump denounced Buchanan’s views in a 1999 “Meet the Press” interview.

Trump Plugs Pat Buchanan – Who He Once Called ‘Hitler Lover’