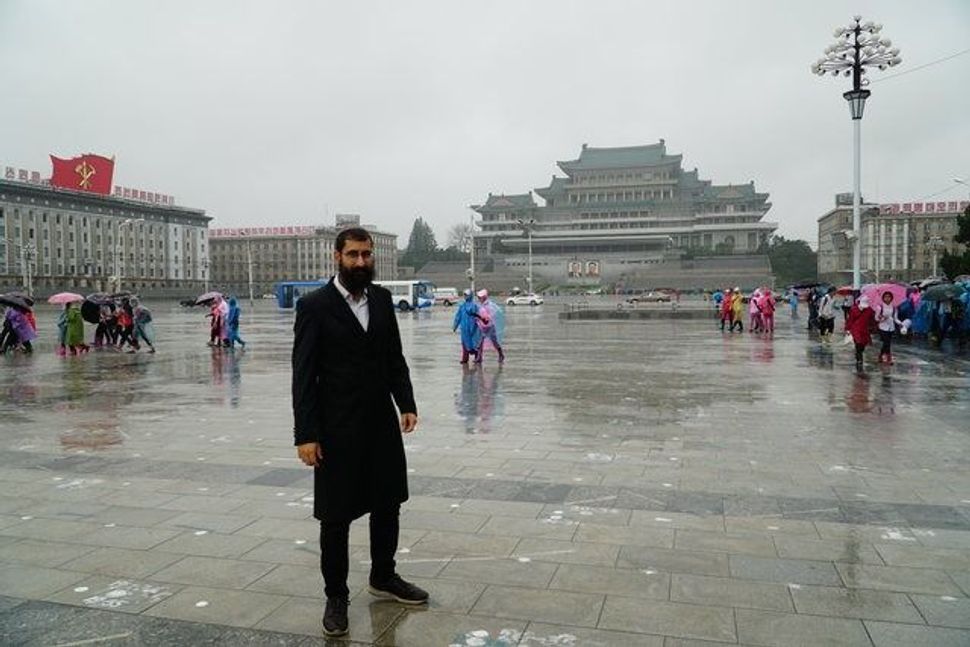 Meir Alfasi is a rabbi, photographer and former photojournalist from Israel who has traveled to 80 countries wearing the traditional Lubavich black hat and bekishe, a long black coat.

“I travel with the uniform of a religious person, a Jewish person, because maybe someone will see me and ask a question, then I could tell them more about Judaism,” he told Insider.

It was bound to be a different experience in North Korea, where any non-state-sanctioned religious activities can lead to “executions, torture, beatings, and arrests” or other forms of “severe punishment, including imprisonment in political prison camps,” according to a 2017 report from the U.S. State Department.

Alfasi said he is the first Chabad rabbi to visit the communist country. He wore his traditional clothes, but he did not speak about Judaism and hid a prayer book, tallit and tefillin — the latter of which was inspected at the airport.

“I was scared because if they open it they’ll see the religious parchment and it would be very dangerous,” Alfasi said of the tefillin.

He soon realized he was being watched, but he prayed anyway.

Alfasi told Insider that he doesn’t recommend others go to North Korea: “It’s not so worth it because it’s dangerous.”