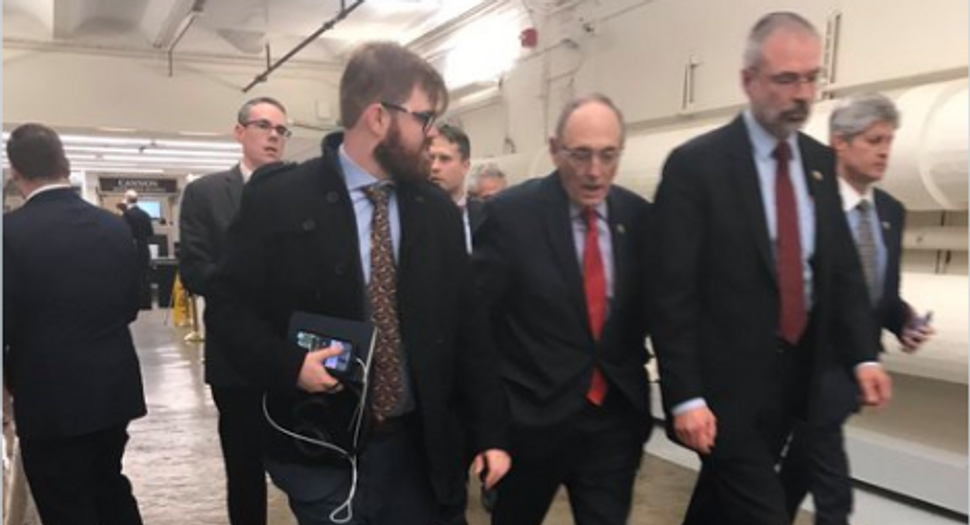 Internet troll Chuck Johnson, who has said he doesn’t believe in Auschwitz and its gas chambers, met with two Republican lawmakers in Congress on Wednesday — to talk about genetics, the The Daily Beast reported.

Correct me if I’m wrong, but is that Chuck C. Johnson walking with Reps. Phil Roe and Andy Harris?

Both waited for him to get through security. pic.twitter.com/ybfdK8Bwqy

Johnson is a former Breitbart News reporter, the Jewish Telegraphic Agency reported. In an “Ask Reddit” session from January 2017, he said, “I do not and never have believed the 6 million figure,” referring to the number of Jews who died in the Holocaust. He also said he agrees with Holocaust denier David Cole about “Auschwitz and the gas chambers not being real.”

Harris and Roe claim they weren’t aware of Johnson’s rhetoric.

“Of course I disavow and condemn white supremacy and anti-semitism,” Harris wrote in a joint statement.

“Congressman Roe was not aware of this individual’s viewpoints nor were they discussed during their brief meeting, and had the congressman been aware he would not have agreed to take the meeting,” it continued. “White supremacist and anti-Semitic views are abhorrent and have no place in our society.”